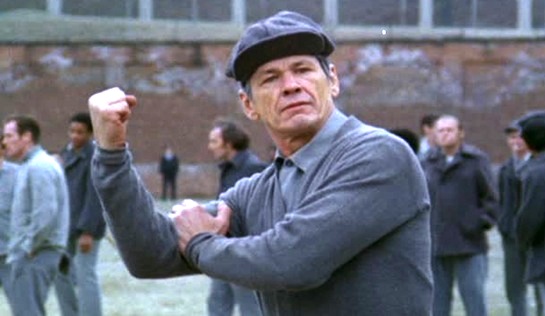 My problem with this movie is this: When you show a succession of unexceptional hoods scheming, thugging, racketeering and mowing down rivals in cold blood, why would you expect anyone to care what happens to them? Even when they turn on their former colleagues, as is the case in this long and rather tedious film.

The Valachi Papers is based on the true story of Joe Valachi, who testified against the Mob – to a congressional crime committee – after being imprisoned on a drug importation charge in the early 60s. He ratted on his former colleagues after learning that they had put a contract on him. They believed that he had ratted on them first; the movie, relying on his version of events, implies that he hadn’t. In any event, Valachi’s was ground-breaking testimony in that for the first time the public got to hear an insider’s account of the Mob’s hierarchy and operations. We simply relive it.

While Valachi (Charles Bronson) is nicely banged up in prison throughout the film, the vast majority of the scenes are flashbacks to the high points of his 30-plus-year career as a gangster, going back to the 1920s. And flashbacks to gatherings of the five Cosa Nostra families in New York as they negotiate a number of organisational restructures – prompted either by fresh business opportunities or fresh assassinations. Valachi is very much a bit player in the Mob (a driver and occasional hit man), but his evidence improbably puts him right in the middle of all the key moments, almost by accident, just hanging around waiting to drive one of the bosses to his next appointment.

The film was produced in Italy and features a combination of US and Italian actors and some quite nasty dubbing. One supposes that it is historically accurate (the truth, at least, according to Valachi), and maybe a few insights into Mob families are all that audiences of this sort of movie want. It seems to me, though, that director Terence Young, in his desire to tell the story faithfully and to not be accused of leaving anything out, completely loses sight of what is dramatically interesting.

The prison scenes from the 60s are amongst the best in the film; from Valachi’s initial confrontations in the exercise yard and then the shower block as it dawns on him that he is a persona non grata, to Mob boss Vito Genovese (Lino Ventura) living it up in an expansive cell with prisoner manservants, an expensive smoking jacket, a bottle of wine with dinner… and disturbingly kowtowing guards. The rest is pretty much dross. 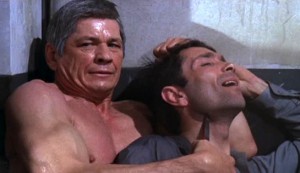 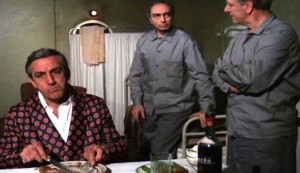