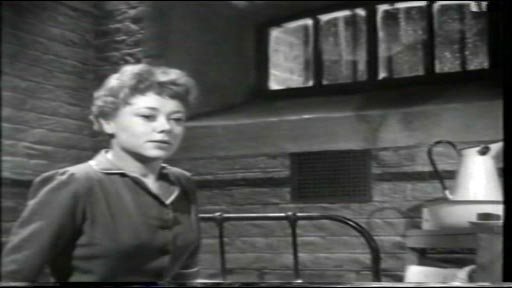 One presumes that potboiler title was designed to drag scandal-seeking customers through the theatre doors. My guess is that the story’s creator, Joan Henry, would have seen only irony in it.

The well-heeled Henry did 12 months at Holloway and the Askham Grange open prison in 1951, convicted of fraud on the back of a gambling problem. The heroine of The Weak and the Wicked, Jean (Glynis Johns), is a well-heeled gambler convicted of fraud and sentenced to 12 months inside. Jean has been set up over the fraud, but she’s not really complaining; she knows it’s payback for buying gambling chips with a cheque that she knew would bounce. C’est la vie.

Jean arrives in HM Prison Blackdown with the not-so-well-heeled Betty (Diana Dors), who confides with some pride that she is doing her 2-year stretch for her boyfriend. As we meet more women and learn their stories, we find that we have sympathy for weakest, the most reprehensible of them – even Babs (Jane Hylton) who left her two children to go partying, returning in the morning to find her infant son having choked to death… and who faces the prospect of her daughter not being returned to her upon her release. Many of the prisoners have been used and abused by men. None of them seem particularly wicked.

Jean is far from wicked. Throughout her ordeal she is all that her upbringing would expect of her; she is stoic, softly-spoken, in command of a stiff upper lip (even in the face of her doctor boyfriend leaving her to take up a position in Rhodesia), is caring, empathic and non-judgmental. She is also immovably upright; she prevents the hot-blooded Tina from burying a pair of scissors in the back of a prison officer in the tailor shop, and later makes it clear to Betty that she won’t tolerate her escaping to see her no-good boyfriend when the two are given unescorted day release in town.

The film itself is an odd mixture of styles and themes. It is keen to impress upon the audience the harshness of Blackdown (with hard, officious prison officers imposing silly, harsh rules), but moves straight from there to the comical story of shoplifter Nettie (Olive Sloane) and her happy family of shoplifters (including Sid James as the dad), and the whimsical tale of two elderly women plotting the poisoning death of an ailing husband. And finally, it takes some time to be serious and a little bit preachy about the virtues of open prisons as a model for rehabilitating offenders.

I love these ’50s (and almost ’50s) women’s prison films: Caged (1949), Women’s Prison (1955), Girls in Prison (1956) – old-fashioned, melodramatic… and not hugely reliant on catfights or shower scenes to sustain interest.  The Weak and the Wicked isn’t a great film, but it’s thoroughly enjoyable. 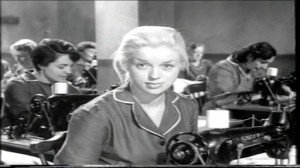 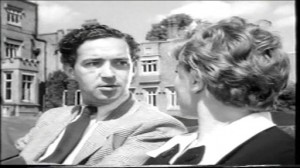 Thanks to Melian Sutcliffe-Burns, clearly no slouch in procuring The Weak and the Wicked.