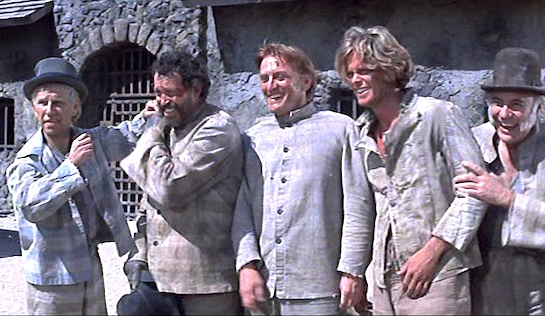 Perhaps it’s just that I don’t like westerns, or comedy-drama-westerns, but this is a genuine 70s shocker.

Kirk Douglas at 54 plays a much younger Paris Pitman, a copper-haired armed robber who coolly lets his fellow gang members get shot while making their escape from a hold-up, and then disposes of the last of his coeys in order to pocket all the loot for himself. He carefully hides $500,000 of his takings in a snake-infested pit in the Arizona desert – but then carelessly gets caught in flagrante in a brothel by the very man whom he had robbed. As a result, he lands in a desert jail that could well be the fort in F Troop.  My knowledge of late 19th century Arizonian prisons isn’t real strong, but this one looks a bit like a 1970s prison regime with a western makeover; that might be part of the film’s humour, or might not.

Now, lots of other people, including the corrupt warden, want Pitman’s money. Pitman, on the other hand, chock-full of bravado and conceit, wants to escape. Upon the first warden’s untimely demise, enter Woodward Lopeman (Henry Fonda), the ‘too soft’ Sheriff-turned-reformist-Warden, who wants nothing better than to turn the jail into a model prison. (If this were intended as serious social satire and a clever reference to a contemporary debate about the value of progressive correctional approaches, it largely escaped me, I confess).

Anyhow, in recognition of Pitman’s obvious leadership qualities, the new warden gives him a foreman’s-type job, and he duly enlists an ensemble cast of cellmates to help him escape. We are treated to several humour-filled anachronisms in these characters, amongst them a bickering homosexual couple, a young stud who is lusted after by a tough-looking guard, and ‘The Missouri Kid’ – now an old man – cultivating ‘grass’. Oh, stop; my sides are splitting! Pitman’s crew manage to get their hands on rifles and dynamite (no problem there, naturally), blow big holes in the wall and open the prison gates. Pitman duly betrays the trust of the Warden and, worse, his fellow prisoners, and it is confirmed that the sort-of hero whose side we’ve sort-of been on really is a cad and a rotter; ‘Le Reptile’ was the film’s title on its French release.

But it’s lame. The script is weak and the acting never rises much beyond the merely adequate. Not even Hume Cronyn, who does a great study in evil in the 1947 prison movie Brute Force and here is the more sympathetically drawn of the homosexual lovers, can lift the film. It’s uninspired, it’s dull and it’s long. 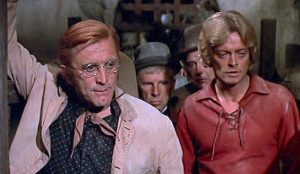 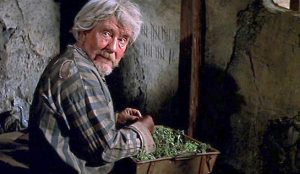 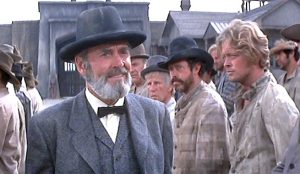 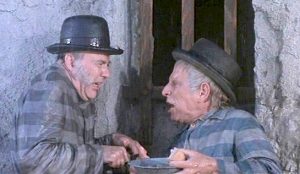 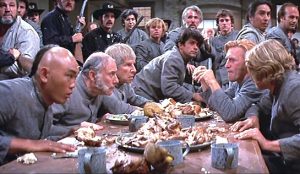 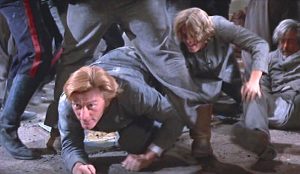