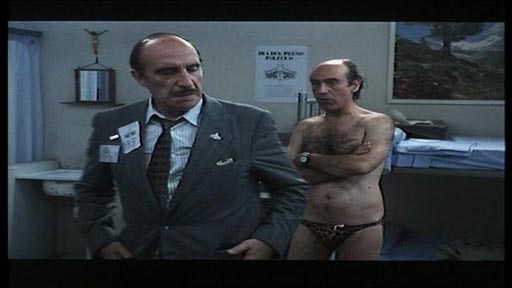 Translating as ‘Everyone to Prison‘, this is a satire-tinged farce. My guess is that it helps to have an understanding of contemporary Spanish politics; sadly, I don’t.

It’s International Day for Prisoners of Conscience. To celebrate the event, a gala reunion of political prisoners from the Franco era has been arranged to take place inside La Cárcel (Prison) Modelo de Valencia. An odd collection of former socialists gather – including a banker, a gay actor, a priest… and Artemio Bermejo (José Sazatornil), a businessman specialising in sanitary products, who is hoping to gain access to the assembled politicians and bureaucrats in order to get paid the 80 million pesetas he’s owed for installing toilets in public buildings.

Tucked away in a luxury cell in the same prison is Mr Tornicelli, a wealthy Italian banker who has landed in prison in Spain after a traffic accident – with another yacht. Tornicelli is a hot potato – wanted in a number of countries, but allegedly with the potential to bring down someone high up in the Vatican.  Several governments and the CIA are interested parties.

The hapless Bermejo, on the other hand, is a nobody, caught up by mistake on the fringes of anti-government activities years ago. All he now wants is to be paid. One more he’s on the fringe, not important enough for the TV cameras that have been called in to record the event, not politically influential enough for anyone to take notice of him, too boring to impose himself on any situation. He gets caught up in a plan to spring Tornicelli during the celebrations, his insignificance being the major factor in him being elected as the banker’s hostage.

It’s comedy that I don’t necessarily warm to. The prison warden wants to run away with a transsexual prisoner who has been working as his maid. The priest dies after a flatulence attack. The cook urinates in the hot pot being created for the dignitaries. Bermejo’s family agreed to adopt a Bosnian orphan, only to be lumbered with an old man. Bermejo’s metal penile implant activates when he’s hit with a soccer ball. That sort of thing.

Although virtually the whole movie takes place inside a prison, it’s hard to see this is as a prison movie; the main players are civilians, politicians, former prisoners and event organisers (who are mainly interested in scamming money from the event). But its cynicism doesn’t set it apart from many prison movies. 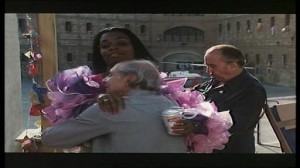 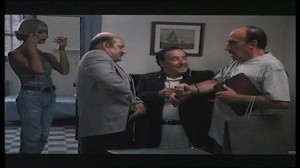