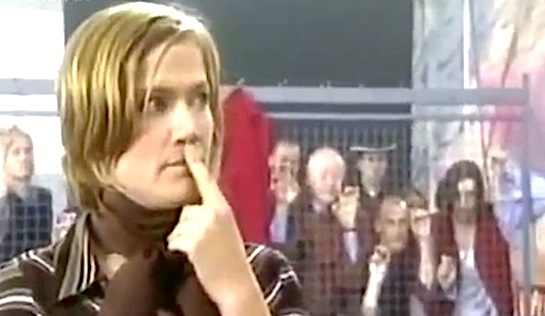 Who would think that getting a bunch of murderers involved in a prison production of Sondheim’s musical adaptation of Sweeney Todd – the vengeful, serial murdering barber – would be a good idea? Why not get the local chapter of Sexaholics Anonymous to make up the chorus of Don Giovanni as well? But not only is this the basis of this BBC production, it appears – extraordinarily – that it was inspired by just such a production in which its director, Francesca Joseph, was involved.

Victoria (Jessica Stevenson), is one person who thinks it a very good idea to get an assortment of killers to delve into “Sweeney’s descent into madness” and his “psychotic murdering mind”. She is the director of a small and modestly credentialled light opera company, and has obtained a grant to take her troupe to HM Prison Seaworth (played lovingly by HMP Haverigg) to stage the musical. Her purpose is ostensibly noble – bringing the creative arts to life-serving prisoners – but she really hopes that the attendant publicity might put her group on the map.

At the start of their five-week in-residence the troupe is met and briefed in the prison by the principal officer of the lifers’ wing, Kevin (Shaun Dingwall). Kevin is so keen (overly keen) for a big part for himself in the production, and at the same time is so conscientious in his observance of the requirements of his job that all the theatre folk quickly dismiss him as a ‘tosser’.

Victoria is not a tosser, but she is decidedly uncomfortable in the prison environment. She is perpetually uptight, finds it hard to relate to the men, and can’t even pretend to be amused or encouraging as the prisoners (and Kevin) go through their woefully blokey auditions for the roles in the chorus – for which she intends to cast them, revealingly, as vermin. She is not at all well equipped to deal with any of the day-to-day prison routines and security responses which conflict with her needs; the need to lock the men away, for example, when it interrupts a crucial rehearsal, or – more confrontingly – the non-appearance of two of the cast after one, Mikey, bashes and then rapes another, Cliff, (for letting him fall during a trust exercise), and then another of the group, Walter (Ian Burfield), seriously assaults Mikey in retribution.

The ‘outside’ cast members soon learn that prison is a different world. But while most of the troupe find the men “so brooding angry”, “terrifying” and “Neanderthals”, at least initially, none of them faze another of the group, the lively, coquettish Jayney (Samantha Spiro). Jayney happily ignores Kevin’s counsel about being “friendly, not friends”; she will not tone down her natural disinhibition… and has no hesitation in asking each of the prisoners who he killed and how. And more.

There are naturally jealousies between the prisoners, tensions between the troupe and the prison officers – particularly when Jayney is accused of bonking one of the prisoners, Rajiv (Kulvinder Ghir), and a test of character for Victoria when a reporter, whose story on the project she hopes will propel the troupe to much greater things, takes Charlie (David Oyelowo) aside and cynically presses him for details of his crime instead of asking him about his role in the musical.

This is a mostly gentle film, neither particularly amusing nor dramatic, but as a prison film it brings much more to the table. Victoria is in some ways an ‘everyman’ character, awkward and ill at ease amongst prisoners and, when her treasured bracelet can’t be found, immediately assumes that a prisoner has stolen it; it is hard for her to shake her judgement of them and the prisoners, on whose energy and goodwill she relies to make her project a success, pick it in an instant. She similarly mistrusts and misunderstands Kevin’s insistence on following prison rules as pettiness.

She gets much wrong. In the same way as she fails to contemplate whether the Sweeney Todd blood and gore might in some way provoke or agitate the prisoner group, Victoria insists that they use as quirky props some ceramic pies (into which Sweeney’s victims were cooked) with little hands and legs poking out of them. That, too, might be a little insensitive. Or risky.

There are a number of touches that speak with great poignancy of the prisoner’s experience, and remind us what they are missing out on. As two of the troupe sing ‘Kiss Me’, the prisoners’ faces all betray a desperate longing for intimacy. And when the troupe decides to cook each prisoner’s favourite meal one weekend, Walter, the toughest of the group, begins to cry; real food, or real care – other distant memories. But above all, the prisoners are hungry to be accepted as people. “What do you think of us?” they ask Victoria when it’s all done, and so much hinges on her answer.

It’s easy to see this film as simply advocating for the humane treatment of prisoners; for the need to provide them with intellectual stimulation and things to work towards. Kevin notes that the prisoners are “loving it” – the challenge, the break from their normal routine, the opportunities to create and to spend time with ‘normal’ people – and that he has “never seen the lifers’ wing so quiet.” But it’s more than an advertisement for the arts in prison – much more – and is definitely worth a look. 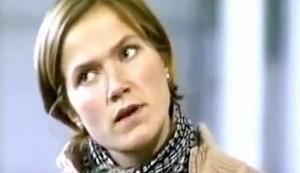 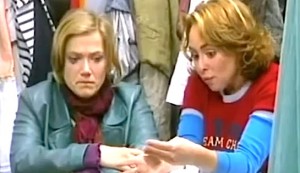 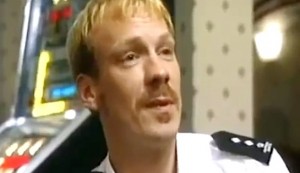 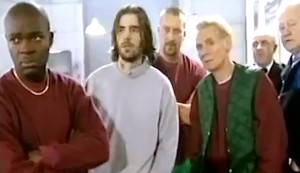