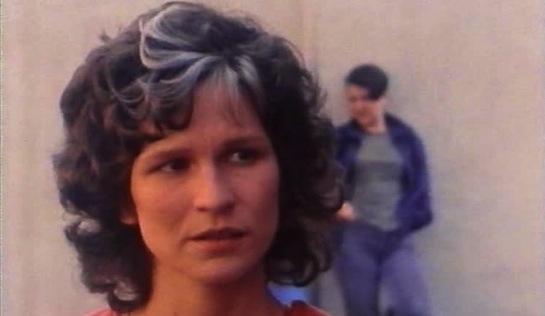 Also known by the unfortunately dumbed-down title of ‘Concrete Hell‘, this is a nicely-crafted movie that traces the inexorable corruption of a newcomer to prison. It suggests that for her, and for others, there is no escaping being dragged into the brutality of prison life. And that to the uninitiated, prison is a vastly different world, operating under its own rules. At the film’s close, as the newcomer, Allison Campbell (Nicky Guadagni), finally elects to go into 23-hour lockdown in protective custody – the only way she can avoid either becoming inextricably entrenched in the queen bee’s criminal network, or being bashed or stabbed – she wryly reflects on the life ‘in a bubble’ that will be hers for the remainder of her sentence.  “Listen, what are you complaining about?” a guard reproves. “It was your choice.”  “Was it?” says Allison. And that’s clearly the question that we are ultimately asked to answer ourselves.

If Allison’s experience of prison is held to be not uncommon, her life before prison sets her apart from most of her fellow prisoners. An educated woman and the daughter of a university professor, she agrees with her boyfriend to bring some cocaine back into Canada after a holiday in Mexico. At the baggage check he deserts her, leaving her to run the risk alone. She is caught, and gets seven years in the Kingston federal women’s prison. She doesn’t squeal.

She is immediately befriended by a hearty black woman, Dunkirk (‘Dunky’ for short, Jackie Richardson), who is keen to teach her the ropes, and even more keen to befriend her in a more-than-friendly manner. Dunky’s long-time prison girlfriend, Sharon (Anne Anglin), unstable at the best of times, feels threatened and is pathologically jealous of Allison; it doesn’t matter that Allison seems to be repulsed by even the idea of women in relationships with women.

But the edgy Sharon is not the only prisoner whom Allison must learn to negotiate her way around. The prison’s wonderfully over-the-top queen bee is Lena (Shirley Douglas), a big-haired, high-heeled old stager who controls the drugs and wields power like she wields a bouffant comb. It’s not too long before she manages to convince Allison that she is urgently need of her protection – and that Allison’s father might do some kindnesses for her, such as putting money into her account and picking up drug packages. It’s textbook stuff. Allison soon becomes totally trapped, and very quickly the only safe option she can see is to become ever more deeply embroiled in Lena’s commercial activities.

The rest of the prison’s business, meanwhile, goes on around them… and more or less to Lena’s tune. Slash-ups, knifings, rapes, drugs; Lena is behind them all. In the end, it is Allison’s father who puts his foot down, forcing Allison to bail out into segregation, putting her possible release on parole after 14 months at risk (“Lying around in your cell all day like a sack of potatoes, you’re not exactly a model of rehabilitation,” she’d been told earlier).

Is the nastiness of prison the natural order of things – an inevitability in a dog-eat-dog world full of amoral people, resistant to the interventions of staff and the best intentions of prisoners who are trying to avoid trouble? Or does the film set out to challenge correctional authorities to do more to change the culture of prisons? Both. It doesn’t point the finger too harshly at the prison staff, who do try to catch Lena out and don’t seem to condone her activities (other than one corrupt guard, who tips her off about an upcoming search), but at the same time the guards are rarely around – not when the prisoners are all stumbling around on home brew, or wreaking vengeance on a debtor in the shower, or doing pretty much anything.

It’s an unassuming movie; a film very much of the 80s. And bleak. With a few challenging questions asked of its audience. 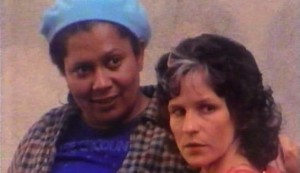 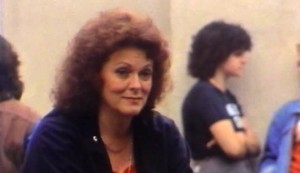