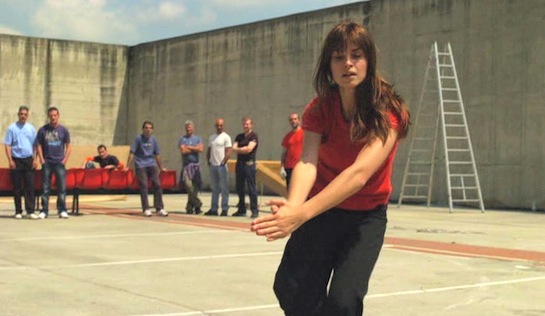 Translating as ‘Let’s blame it on Judas’, or simply ‘Blame Judas’, and also shown in the US as ‘Freedom’, this is a surprising musical comedy. Not that it’s a traditional ‘musical comedy’ – it simply has lots of music and is gently comedic – but its real distinctiveness lies in its grappling with issues of religion and salvation and the character of Jesus… hardly traditional prison movie themes.

It revolves around Irena Mirkovic (Kasia Smutniak), a theatre director who is invited into the Turin prison by its chaplain, Fr Iridium (Gianluca Gobbi), to try something different with a select group of prisoners. Section 6 operates as an ‘experimental’, treatment-based unit for well-behaved prisoners – some in for relatively minor offences and some long-termers nearing the end of their sentences. It’s there that Irena starts work, a little apprehensive at first, and a little vulnerable as she realises that her actor boyfriend is cheating on her.

Of course she meets resistance. There is plenty of eye rolling from the bemused prisoners, and a few expected barriers put in her way by staff. “To survive here, one must play dead,” warns the young warden, Libero Tarsitano (Fabio Troiano). “Don’t make them feel too alive.”

She is just getting her charges (notable for the absence of younger men) to explore how they might express themselves through music and movement, when Fr Iridium prevails upon her to put on a Passion play. This is not exactly what Irena had in mind; she is a non-believer and has to scurry off to buy a bible to see what it’s all about.

Casting proves an early problem, as she can find no-one who is prepared to play Judas. It doesn’t matter that it’s an interesting role; betrayers in any prison system carry the same stigma. So Irena sets out to portray the biblical story in a manner that the men can embrace: no Judas, betrayal, treason, judicial process, punishment, suffering and death. She challenges the notion that atonement always requires penance and sacrifice. Why not “dream of a painless world”, of freedom, happiness and life instead?, she asks.

Her vision not universally shared. Fr Iridium is far from pleased about the departure from the traditional, and he is more open to these things than the wonderfully sour and censorious Sr Bonario (Luciana Littizzetto). They pray that God won’t allow the show to happen. And, in an extraordinary twist, He doesn’t.

It’s a thoroughly enjoyable film, with a charming quirkiness. Warden Tarsitano, with whom Irena embarks on a short-lived relationship until it is spotted by one of the prisoners and her cast no longer want anything to do with her, is disenchanted and far from convinced that he’s in the right job. “What we both do is worthless,” he tells her. “It helps society draw the line. Brush it under the carpet. No-one deals with the real problem.” “Which is?” she asks. “The carpet.”

Few prison movies deal so proficiently with this critical paradox of imprisonment – the tension between encouraging prisoners to express themselves, be individuals, be true to themselves, push the boundaries of what they can achieve (all of which will assist them return as productive citizens on release), and requiring them to be compliant, suppress their individualism and not push too hard for what they want (which is necessary for the good order of the prison). It’s a very welcome contribution to understanding prison through film. 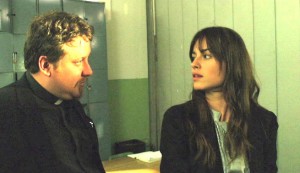 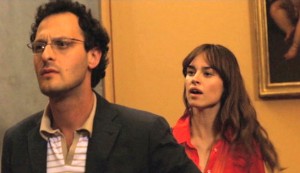