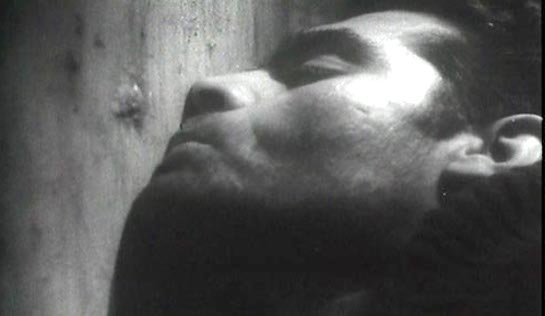 ‘A Song of Love’. Jean Genet had all the credentials to write and direct a prison movie – in his younger years he was a petty thief, vagrant and prostitute and spent a number of years in juvenile and adult penal facilities. This 26-minute, soundless, black & white film draws on some of that experience, and no doubt his experience as a gay man in prison.

It’s film about confined men’s longing for intimacy. We focus on two prisoners in particular, in extraordinarily spacious and adjacent cells. One is a swarthy older man; the other younger and muscular. At least one of them is in for murder, and their only contact seems to be through their common wall, or by swinging items out of one cell window so that it passes the other. When the camera glimpses other prisoners in the block we catch them all, alone, craving the touch of others; they dance, as if with another, run their hands through their chest hair and try to remember the feel of lips against skin. The two main players blow cigarette smoke through a small hole between the cells and bask in the smoke as it plays sensuously between them; they can feel it and taste it, and know that it comes from another with similar longings. They are watched by a voyeuristic prison guard who goes from cell to cell, spying on prisoners as they pace and yearn and masturbate. It’s little wonder that the film was banned throughout the 50s and 60s (and perhaps beyond). Aroused, the guard enters the cell of the older prisoner without reason beats him with his belt while holding him at gunpoint. Jealousy? Self-loathing? Sadism? All three? Throughout the beating, the prisoner almost complicity engages in fantasies about the younger man; perhaps even the touch of the belt is better than none at all. The guard finishes the act by placing the barrel of his revolver more-than-suggestively in the mouth of the prisoner.

Would it be so critically acclaimed if it were by someone other than Genet? Probably not. It’s at times awkward and scratchy and the guard’s character is surely a bit over the top. But then Genet says, bravely, succinctly and poetically, some things about being in prison that few other moviemakers acknowledge or have been moved to say. 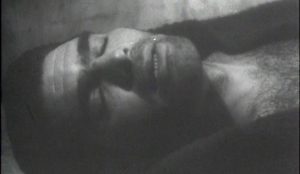 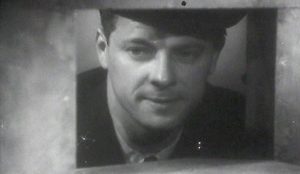 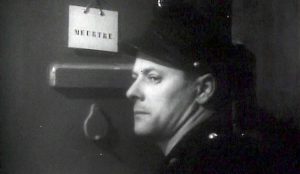 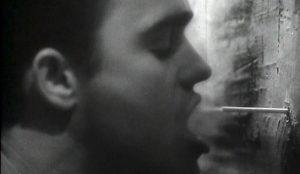