You know when a guard starts frisking a naked woman in the shower room that the technical advisor on prisons took a sick day on the day that scene was filmed. Or it’s that sort of movie.

Danielle Peters (Wendi Westbrook) is an FBI Special Agent undercover in prison, hoping to get information out of the ex-girlfriend of a big-time drug trafficker, Carols Vega, so they can put him away. The ex-girlfriend, Sarah Sands (Stephanie Ann Smith), has a code book of Carlos’s that could ruin him. He would have had her killed (she knows way too much) but it’s in his interests to keep her alive so that he can retrieve it.

Danielle stops a prisoner, Zelda, from assaulting Sarah, then gets put in her cell; then they both get transferred to another jail. Which is a good thing, as there is something amiss with the first jail: it is so short of funds virtually none of the prisoners have access to bras, and while the prisoners are all shapes and sizes it appears that only the shapely, good-looking (and white) ones who are allowed to shower.

The prison transfer doesn’t go well. The escort vehicle is ambushed in the same manner as employed in Mean Frank and Crazy Tony (1973) – the van stops to render assistance at an apparent car accident set up by one of Carlos’s crew, Slash (Taylor Leigh), inconspicuous in hot pants – with the intent of springing Sarah. But Slash and her bikie mates don’t count on the FBI-trained Danielle being there, or the doughty guard Tina Lamb (Barbara Niven), whom we know to be straight-as-a-die because we’ve seen her before tackling another guard, Johnson, who isn’t. One guard is killed, and at least one of Carlos’s team… and Sarah and another prisoner, too. Danielle and Tina escape, and are rescued by the FBI even though Tina takes some time to accept Danielle’s insistence that she is an undercover agent as fair dinkum.

Now, Carlos is a successful fashion designer in addition to being a successful drug trafficker. He’s not happy that the plot to capture Sarah has been thwarted, and now desperately wants to get back at Danielle. Not only is he powerful, he has an uncanny connection with his loyal staff. “I want you to find out about a woman. Where she lives, who she lives with. Everything. I don’t care what it costs, what you gotta do. Just do it. Do it now. Right now. Yesterday. ¿Comprender?” No other clues… and yet they find her (or rather, they find her young daughter, Jessica, whom they kidnap).

Danielle is naturally taken off the case, but predictably refuses to leave the investigation to others. “You sure you’re going to be alright?” Tina asks her, before leaving her prisoner to go into her home alone with her daughter newly kidnapped. “Nothing that a hot shower won’t cure for the time being,” says Danielle, clearly deeply distraught, and paving the way for another shower scene. We shouldn’t be too surprised; Danielle has a habit of putting her emotions to one side while in job mode. She had earlier arranged a conjugal visit with her FBI boss, Jerry (Jon Asher), so that they could exchange updates on Sarah in private… but insisted on him joining her naked under the blanket and engaging in a bit of hanky-panky so as to not attract attention if they were being watched. A true professional.

Anyway, Tina (who doesn’t appear to have even rung in the ambush and the murder of her colleague and two of her prisoners, and doesn’t seem to have been missed at work) decides to join Danielle in the quest to find her daughter. Of course they get in the way of the official FBI operation, and are censured. Undeterred, Danielle enlists another helper, renowned international model Jennifer (Sai Tyler), who must hit the catwalks in that less-well-known parallel international fashion scene that features shorter models. They get into further strife when they break into Carlos’s home during a fashion event… and of course get discovered. But the FBI again comes to the rescue, Jessica is returned safely to her mother, the code book is located, Tina is offered a job in the FBI for showing so much dash in beating up bad guys (and some good guys as well), and so overwhelmed is everyone that even Danielle forgets to hurry off to the shower.

It is sheer nonsense, of course; an action movie in the Charlie’s Angels vein. If it were a real prison movie, Tina would have turned down the FBI opportunity to make a bigger contribution in the Department of Corrections as a prison guard or manager. Sadly, it’s not. 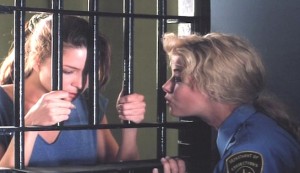 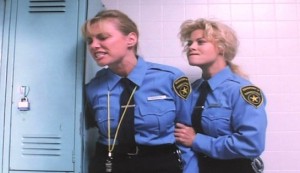 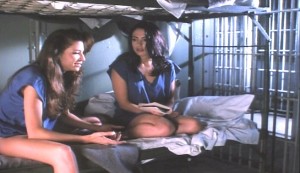 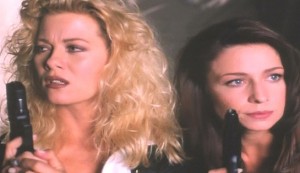