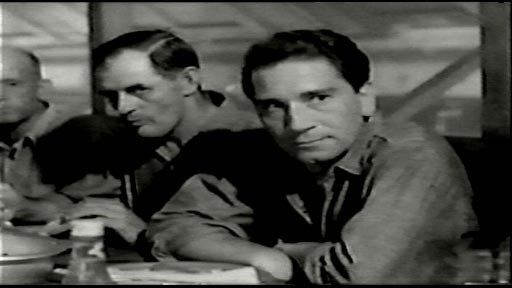 Of all the film noir prison movies, few match this one in its compelling depiction of the gangster-in-prison still acting like a gangster.

Bert Galvin (an excellent Richard Conte) is a slick New York mobster. He’s in ‘Miama’ to bring back singer Ruth Williams (Audrey Totter) to perform at his club. She’s reluctant. He’s very persuasive. She’s still not sure. He wins. Heading north but still in the Deep South, they stop in at a motel for a meal. The local sheriff sees him and tips off the brother of a man whom Galvin killed 12 months earlier, ostensibly in order to coax the brother to give evidence against the gangster. Not surprisingly, the man heads off instead to avenge his brother’s death. The restaurant owner spots the lurking brother and warns Galvin, who excuses himself from the table, shoots the brother dead and then sits down to finish his meal with Ruth.

Galvin’s legal team is awfully good. They buy key witnesses’ evidence. They are so good they even manage to get a writ preventing the sheriff and the DA from speaking to the only eye witness, Ruth. When it comes to the trial her evidence-in-chief as a key defence witness follows Galvin’s script, and it looks like Galvin will be acquitted. Again. But under cross-examination, Ruth is reminded of her Southern roots and she breaks down and tells the court that it was “cold-blooded murder!”

Galvin gets 20 years with no parole in one of those quirky prison farms where armed trustee prisoners stop the others from escaping and maintain discipline. The prison guards do other important stuff, like hand out uncensored mail, but are otherwise absent. Galvin slips the trustee ‘shooter’ a large wad of cash to hold his fire in the event of an escape bid, and is about to bolt from his work gang when he is stopped by an old-timer, Sam (Sam Jaffe), who informs him that the shooters get a pardon if they kill an escaping prisoner. Hmmm. Galvin aborts his own escape plan, but instead goads a naive fellow prisoner to escape and pick up $30,000 he says he has hidden in a New Orleans hotel. The simpleton tries to escape, is shot, and a vacancy arises in the shooter department. Beautifully executed, on all levels.

Galvin steps forward as the only applicant for the shooter’s position. The shooters are despised, so it’s fair enough that no-one else wants the job. But if the only thing that is preventing Galvin from escaping is that someone will shoot him, why would you give him the gun, still only a couple of years or so into a very long sentence? Still, the Captain has faith in him, and he gets the gig. He chooses not to escape. Instead, he pays for some background material on his old mate, Sam, and discovers that Sam’s wife and kids are struggling. He sends $25,000 to Sam’s wife, and makes Sam an offer: you have 30 days to try to escape. If you do, you have freedom and the money. If you don’t, I get a pardon and your wife keeps the money. And, by the way, thanks for saving my life just before.

Conte remains suavely ruthless throughout, and the film as a whole is sustained by his delicious scheming and abuse of power that his money brings. But I remain troubled by the concept of the shooter. Why wouldn’t the other prisoners overpower him, and steal his keys and his rifle? Why hand a cashed-up, out-of-town gangster a gun? If they all get pardons, where’s the disincentive to these trustees shooting anyone at all and claiming that they were trying to escape? That bit’s a bit baffling, I’m afraid. 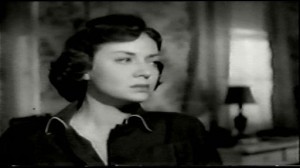 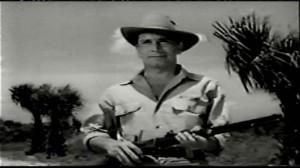