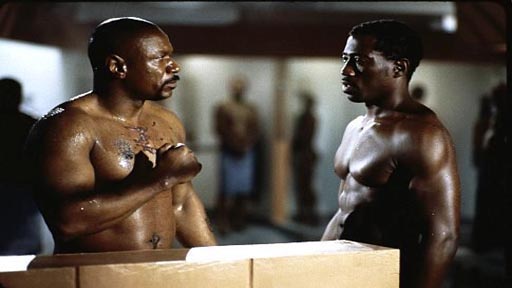 It’s my fault, I know, for watching Undisputed II: Last Man Standing (2005) and Undisputed III: Redemption (2010) before this one. This is the best of the three, marginally, but it’s still hard to see how it could spawn two sequels, and such disconnected sequels at that. It’s a bit like watching Midnight Express (1978), knowing already that the reviled Turkish prison officers redeem themselves in Midnight Express II, running rehabilitation programs for foreign prisoners. In Sweden.

Undisputed I of III is an out-and-out boxing movie, and one rooted in American tradition (well, American heavyweight boxing tradition, anyway). It leans awfully heavily on the story of Mike Tyson’s demise from heavyweight champion to prisoner following his 1992 conviction for rape.

Here it is George ‘Iceman’ Chambers (Ving Rhames) who is the heavyweight champion convicted of raping a showgirl – in Tysonesque circumstances. He’s brutish, lacking in insight and used to having his fists do the talking. We don’t like him. He expects to be treated as a world champion in prison, and is arrogant enough to believe that prison rules don’t necessarily apply to him.

His fellow prisoners have other ideas. They have their own home-grown champion, Monroe Hutchen (Wesley Snipes), an ex-Californian boxing champ doing time for beating a man to death with his fists, and unbeaten in prison competition for ten years. The Iceman, though, is affronted by the suggestion that Monroe could seriously rival him, and disses him.

Mobster ‘Mendy’ Ripstein (Peter Falk), a fellow prisoner and devotee of the sweet science, uses a bit of traditional mobster persuasion to pressure the Warden into allowing Monroe and the Iceman to settle their dispute in the ring. The prisoners reckon that Monroe can win; punters everywhere else have their money on the Iceman, even if he’s been out of training for a few months and has been stripped of his championship titles.

For a person like me who isn’t hugely interested in the fight scenes, the best scenes are the ones where the Iceman is exposed as just another violent offender in prison – justifying his lifelong use of violence, and celebrating all that it has given him (riches, fame, other prisoners keeping their distance from him) without appreciating the impact of it on his victims (one of whom is suing him for $75m) or that it has warranted a jail term. The producers also deserve plaudits for resisting the temptation to have this local, prison-based boxing match broadcast live across America in the manner of some lesser prison movie sporting contests (even if it might have been worthy of it).

A goodish boxing movie, I suppose, and a somewhat less engaging prison movie. 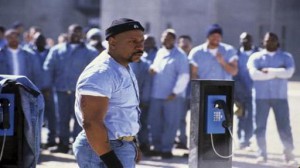 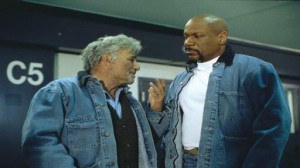