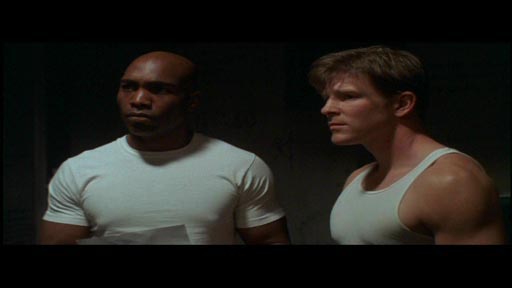 Why is it that when someone writes an autobiography we allow them to reflect glowingly on their contribution to the world, and yet when they write and produce a movie of that very same life it smacks of tacky self-indulgence and bald self-promotion? Harold Morris certainly doesn’t know the answer.

Morris was a racist white man from South Carolina when he was was falsely accused of murder and armed robbery in the late ’60s. Convicted, it seems, on the testimony of the true culprits, he received two life sentences at the Georgia State Penitentiary.

When the prison was directed to racially integrate (the last American prison to do so), its inmates rioted. So the Warden (played here by Stacy Keach) placed Harold (Burgess Jenkins) and his African-American adversary, Marcus ‘Doc’ Odomes (James Black), in a two-man cell to get the ball rolling. Guards laid bets as to who would kill the other first. But first through their mutual love of sport (and participation in the prison’s first integrated basketball team), by getting to know each other and finally, through Harold’s conversion to Christianity and acceptance that he had ‘reaped what (he) had sown’ in his wild youth, the two men develop a deep respect and love for each other.

Then, prior to his parole in 1978 after 9 years inside, Morris is invited to speak to young kids about the dangers of lifestyles involving drugs, alcohol and racism. He discovers his calling and after his release makes a career out of warning children in schools and churches about the perils of mixing with the wrong crowd.

His script about this journey is, however, paper thin. Perhaps the real-life story itself is a bit saccharine, but his sub-plot of the 12-year-old son of the beautiful prison nurse (Morgan Fairchild), whom he coaches in basketball and who in return idolises him (what on earth the kid is doing in the prison in the first place escapes me), comes across as mawkish and self-serving. We see way too much basketball action (even if it were the means by which the prison was able to gain acceptance for its integration program), and way too little of Morris and Doc struggling to overcome their prejudices; all we see is them abusing each other and fighting, then reluctantly sharing basketball glory, then acting like they emerged from the same womb.

The bit players mostly come straight out of central casting – queens, tough guys, comical fat blokes; all except for a gullible, stuttering, kung fu-ing, low-functioning prisoner whom Morris warns about an imminent hit and as a result finds himself the target of the bad boys’ wrath. It’s almost too much when Doc gets stabbed during an attempted hit on Morris and, still in the prison’s rudimentary medical centre, lapses in and out of a coma.

The story is a good one: racist bad boy finds redemption, tolerance and direction in prison. Perhaps someone else should have told it. 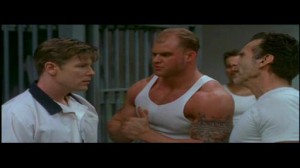 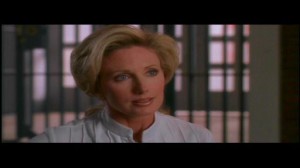