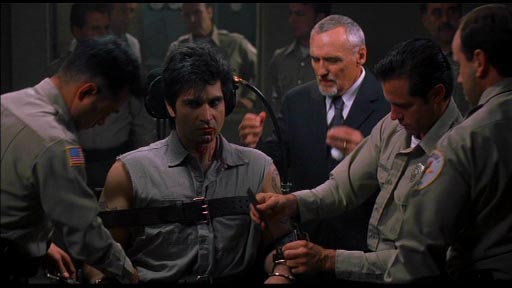 Unspeakable necessarily invites comparison with Silence of the Lambs (1991) given that both involve a psychopathic serial killer playing mind games with a pretty woman who wants to get inside his head. None of the comparisons are flattering to this one – which has a speakable mediocrity.

Pavan Grover is apparently a doctor. He not only wrote the screenplay here but also stars as Jesse Mowatt, an intense man prone to quoting Bible verses and killing people. It seems that Mowatt got bored after killing his first 50 (quite possibly because of his two-dimensionality), and sort of handed himself in.

Dr Diana Purlow (Dina Meyer) is a neuro-scientist who is working on a new gadget that reads people’s memories. She seems a bit emotional, a bit vulnerable, and quite a bit beautiful (all the better to pit her against the monster Mowatt, naturally), but probably not clever enough to invent a loose headband thingy with some wires attached that graphically displays the wearer’s thoughts, memories and psychic insights when plugged into a laptop. She’s already used the machine on another Death Row inmate, Cesar, and is convinced of his innocence. It doesn’t help. Cesar is executed anyway.

Purlow also has to contend not only with Mowatt, but also the prison’s hateful and deranged Warden (a very over-the-top Dennis Hopper) who sees all his prisoners as the personification of evil. She is nonetheless allowed to conduct her tests on Mowatt, the most evil of them all. The Warden’s staff are no more humane and are seriously incompetent; they are consistently overpowered by Mowatt (even when they’re armed and have weight in numbers), and are generally seen smirking and laughing as each prisoner is led to the electric chair… and when the chair fails to do its job as efficiently as it ought.

Their smugness survives despite Mowatt seemingly being able to call upon psychic powers to drive those whom he dislikes to do some unnerving things to themselves – one commits suicide, and the Warden succumbs to migraines and growing madness and ultimately pulls his own face off as Mowatt is strapped into the chair, with not one of the collected guards intervening to stop him. That might have made me wary about winding the man up, but they universally fail to take the hint.

If the film were simply a bit of a romp with plenty of blood and gore, then it might have been more palatable. But it has odd pretensions, inviting questions as to whether Mowatt is pure evil, chanelling demonic powers, or if he is a more-evolved human who just happens to have a killing streak. One doesn’t care, not even when he appears to get up off the slab after being pronounced dead.

The film was partly shot at the old New Mexico Penitentiary near Santa Fe, where 33 prisoners died in a riot in 1980. That gives it a grittiness that is consistently undermined by the cartoonish aspects of the production – the buckets of bright red paint masquerading as blood, for example, or the guards’ inability to subdue Mowatt (or even inflict visible injuries on him despite kicking him and beating him with batons). If only it were tongue-in-cheek.

Grover also falls into the same self-indulgent trap that Rob Schneider does as both star and director in Big Stan (2007); his script gives himself mystique, intelligence, fighting skills, looks, groupies, other-worldly powers… but it can’t give him any charisma or credible malevolence or menace or screen presence, and his fellow actors can’t carry the lame duck of a film, either.  It’s speakably bad. 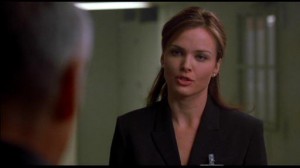 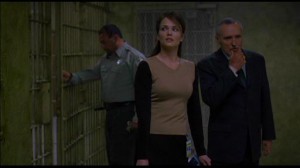