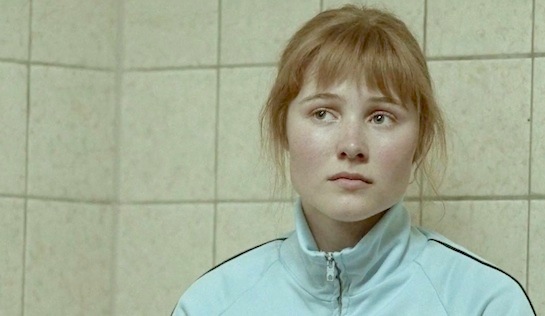 This is a short (49-minute) but poignant portrait of a 16-year-old girl in a juvenile detention centre. Perhaps the first thing to note is that ‘vast’ in Dutch does not mean expansive, but rather ‘fixed’ or ‘set’; the film deals with her inability to break away from the things that have formed her – to deal with them and attempt to move on.

In many ways it is an excellent companion piece to the more recent Italian movie Fiore (2016). In both the girls are products of their upbringing, which they deal with in different ways. Both films give what seem to be authentic portrayals of institutional life and of the stories of those inside. And both boast terrific performances from the lead players.

The troubled girl of this film, Isabel (Sigrid ten Napel), is newly received into juvenile detention with a two year sentence for an undisclosed crime. All we know is that it stemmed from a ‘loss of control’. We know too that she left home at 13 and had been living with her grandmother. Her arms bear testament to a history of self-harm.

Isabel has a stillness about her, but is socially immature; at her first meal with the other girls she drops to the floor as if poisoned, and then roars with laughter at her joke as others rush to her assistance. She self-protectively wears the same top for weeks on end. The other girls pick up on it early. They see that her behaviour has all the hallmarks of a victim of abuse; many have been there themselves. Larissa (Coosje Smit) gives the strongest voice to it and challenges her to acknowledge it, but Isabel chooses to go it alone; she concedes nothing to the girls, to staff, to her counsellor. Instead, she is labile, prickly with staff, disrespectful.

It’s only through a kickboxing class that she starts to channel some of her pent-up anger into something more positive. After a false start in which she is teased by the other girls for not changing into her sports gear and responds by a face-saving explosion in which she assaults the teacher, Mike (Tygo Gernandt) – which lands her in solitary for a spell – she begins to both find a release and, with Mike’s help, claw back a little control. She even helps another girl, Dione, to better manage her desire to hurt herself.

But after pleading with her mother not to bring her father along when she visits, he comes and she is set back once more… with some unexpected consequences.

Vast is an intelligent film and makes us question whether prison (or juvenile detention, in this case) is the best place for victims of abuse… complicated, of course, by the abused person not being prepared to acknowledge her own trauma, or – on account of her headstrong, tetchy adolescence – to work with authorities. A little gem. 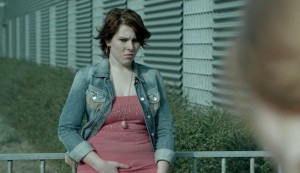 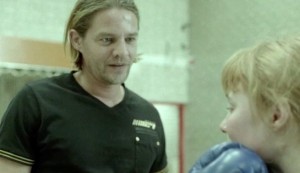