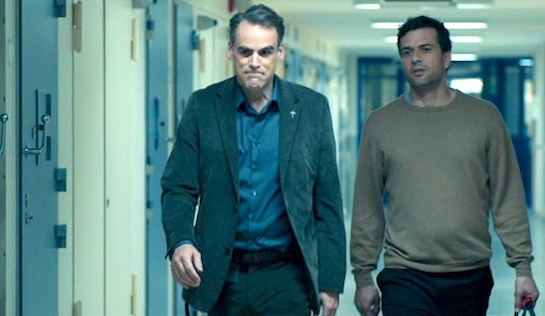 Three priests walk into a bar. They have been friends for years, and celebrate over a few drinks; Fr Oliver Grondek (Jan Messutat) has been newly promoted into a senior role within the church. Fr Jakob Völz (Sebastian Blomberg) is a prison chaplain, but is promised a more prominent role as Oliver’s ‘city deacon’. And Fr Dominik Bertram (Kai Schumann) is soon to be taken off for questioning in relation to sexual offences against an adolescent boy, Mike, the only child of a single mum and in whom he has taken a special interest through the parish Youth Club he runs. As this is a film that critically examines the Catholic Church’s treatment of its paedophile priests, the punchline is that Fr Dominik is not disbarred.

Dominik protests his innocence, but is remanded into custody… and is held in the same prison in which Jakob works. Through his connections Oliver manages to acquire a copy of Mike’s statement against Dominik; he and Jakob are appalled and repulsed but inclined to believe that the boy is making it up. Jakob even tries – clumsily, stupidly – to visit the boy’s mother, hoping perhaps that she will shed some light on why he would make such accusations.

The prison’s psychologist, Susanne Weihe (Valerie Koch), does a quick intake assessment of Dominik and reports back to her colleague on his colleague: “Priest-like failings are evident. Retardation of adolescence, sexual sublimation, repressed inability to sublimate… but who am I telling this to?” “I’ve known him for fifteen years!” Jakob tells her. “Doesn’t mean you know who he is.”

This is all too difficult for Jakob, although it becomes less so (in one respect) when Dominik discloses:”You know how boys are. The boundaries grow porous.” Then other prisoners taunt Jakob for his close relationship with a paedophile, others expect justice not to be done (“You guys stick together”), and Oliver invites a crowd of angry parishioners to entertain the possibility that Dominik has been falsely accused (while Jakob knows that he hasn’t been, and is acutely aware of the insult to the victims of giving voice to such fallacies). Jakob is distraught. Dominik seems less fussed: “It was nothing, really. It just happened.” He is assaulted by other prisoners, then bailed. And then another victim emerges, and a strong hint of others.

The film’s real power lies in the contrast between Jakob’s distress and Dominik’s nonchalance, and even more so between the institution of the Church and the victims of the institutional abuse. Both are deftly portrayed. While on bail, Dominik reappears at his old church, wearing his dog collar, minimising his culpability, and bemoaning the unfairness of his predicament: “I did so much for this parish.” And all the while, the Church machine rolls inexorably on, with pomp, and centuries-old ritual, and denial, and the power to buy silence, and with remorseless certainty. The victims and their families are ripped apart and have only pain, and anger, and mistrust, and feelings of betrayal, and impotence, and uncertain futures. The wronged remain vulnerable; the perpetrator pitiless and interested only in self-protection. It is an extraordinarily damning portrait of an institution.

And a better film, in my view, than the similarly-themed and Academy Award-winning Spotlight, released in the same year. 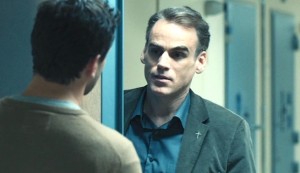 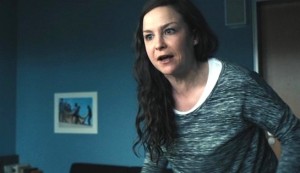 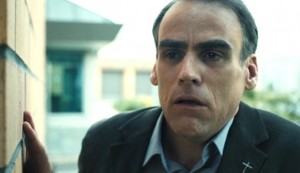 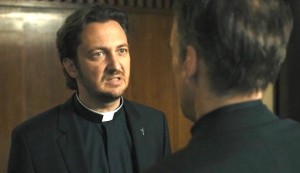