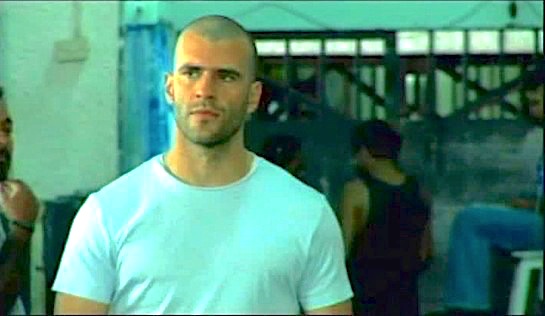 The storyline of VIP is apparently borrowed from a real-life Guatemalan corruption case. Which one, I don’t know. Based on the depiction of Guatemalan life in this film, there could be a large number from which to choose.

Juan Ramos (Juan Pablo Olyslager) is the Government’s Assistant Chief Accountant, seemingly happily married with a beautiful wife, Jessica (Mónica Walter), and two young daughters. His world is turned upside-down when he is arrested and thrown into ‘the other house’ on murder and corruption charges.

Prior to the inconvenience of his arrest Ramos had assisted authorities in putting a crooked Minister, Sergio Vargas (Douglas Vázquez), behind bars. Vázquez is a rather unforgiving chap. He sits in the VIP (Very Important Prisoners) sector of the jail, away from all the riffraff, and plots Ramos’s demise – from the procurement of potential witnesses who might give (or be prepared to fabricate) evidence against him, to orchestrating brutal attacks on Ramos on his first day with all the ‘ordinary’ criminals in Sector One; Ramos is stripped of his expensive clothes, forced to scrub the toilet floor and is thrown into a bath energised by live electric wires. And then beaten.

But it soon emerges that Ramos might not be your ordinary whistleblower-in-jail-on-trumped-up-charges-brought-by-a-vengeful-rival. Seconds before being arrested he gives his elder daughter some cocaine to hide, knowing that the Police will not search her. He is soon revealed to be having an affair with his lawyer, the ambitious Sandra Sagastume (Susana Morazán), turns out to be on extremely familiar terms with a bevy of prostitutes, and clearly has strong connections into the underworld. Far from being a lily-white, it seems that he may have been just a step ahead of Minister Vargas when he shopped him to the authorities.

Ramos discovers that they play a very similar game in prison. The film’s tagline is something akin to ‘A law… of the strongest’, and that’s a law that Ramos understands. He pays off a trusted ex-priest, Padre Morales (Roberto Díaz Gomar), to get access to Mynor, the Sector One boss who had led the earlier torture of him, while the man sleeps. He beats him to a pulp, and is promptly installed as the new leader. He uses his connections to smuggle in alcohol, prostitutes and later guns, eliminates his rivals, and acts exactly like a criminal kingpin is supposed to act. Meanwhile, his marriage disintegrates as his wife awakens to her husband’s true nature, and after yet another killing his lover Sandra concludes that he might be a liability and ditches him.

The film’s crescendo suggests for a moment that the distance between Hollywood and Guatemala City is not all that far. Or perhaps simply reflects that prisoners in Guatemala don’t seem to do things by halves: 78 prisoners escaped all at once from a prison in Escuintla in 2001, 19 in another jailbreak in 2005… Guatemalans are not unused to a big prison climax.

The film was shot at the Centro Preventivo Para Varones de la Zona 18 (Preventive Centre for Men in Zone 18) in Guatemala City – a stunningly located prison – with real prisoners making up the extras… so the authenticity of the film’s peek into local prison life is not in doubt. The prison is not so stunning once one gets inside. It teems with prisoners (there are remarkably few staff) and, even in the quieter moments, one is conscious of the constant hubbub of the confined masses. The film beautifully conveys the initial terror of a wealthy man from a privileged life thrown into the midst of a pack of unsupervised criminals. And the acute discomfort of his wealthy wife as she is very crudely searched when she visits him. And the torment of the ex-priest, wrestling with his own demons, the pastoral demands of his old job and the moral issues encountered in his new one. And much more.

In plotting the rise of a prison gangster, this is no Un Prophète (2009). But it’s no slouch, either. 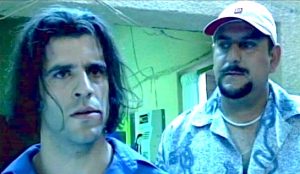 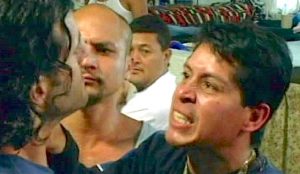 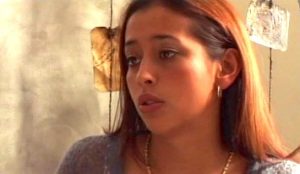 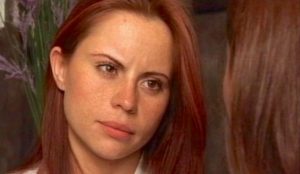 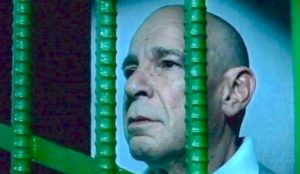 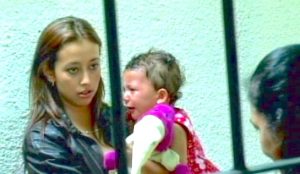