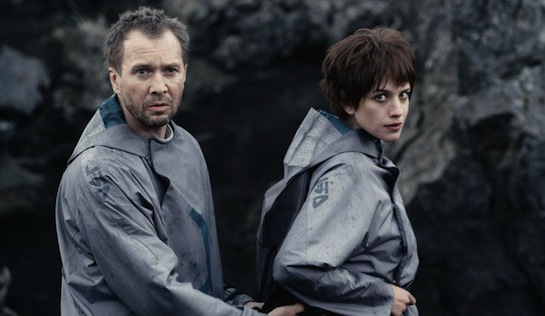 The year? Not sure, but it’s 1,000-odd years since humans left Earth and started populating other planets. Anna Kristina Schulz (Anna Chipovskaya) lives on a barely inhabitable one, XT-59, which is prosperous against the odds, but its people are under the yoke of a totalitarian regime. For the ‘benefit of society’ its leaders have cut the planet off from the outside world and have placed its populace under constant surveillance. Anna Kristina has dreamt of getting out – away from her hated job The System arranged for her, and even further away from the even more hated marriage that was similarly arranged. She does sort of get away; she kills the municipal inspector from whom she sought her divorce certificate but who molests her… and ends up a prisoner, a long way away from her previous life.

The authorities on XT-59 have decided that executions are messy and leave executioners guilt-ridden. So instead, its worst prisoners are exiled – dropped into the planet’s desolate wilderness, given a small amount of equipment and food, and sent on their way. If they don’t want to perish in the lethal swamplands and just stay put, they are killed – which seems a little like an execution, really. Those who don’t refuse to go are waved goodbye with a disingenuous exhortation to cross the swamp, reach the Islands of Happiness (that no-one has seemingly reached before) and find redemption.

This latest group of exiled prisoners includes Anna Kristina (Kristi for short), a hardened criminal Yust ‘Polar Wolf’ Van Borg (Vinnie Jones), a banker, a traitor who had collaborated with the Earth and the League of Free Worlds, and Ervin Kann (Evgeniy Mironov), a quiet man who appears immensely capable and who invites Kristi (alone) to join him in the test of survival skills. He seems to know what he’s doing.

He needs to, for the planet’s landscape into which they are cast is lunarish and unforgiving – harsh, barren, volcanic and full of dangers. There are metallic reeds that sprout out of the ground, a mutated saw-wort (a ropey tree-like being that bursts out of the ground when it senses vibrations and attacks the source of the aggravation), an electrified whip that coils round its victims like a snake, and a sea of shale that moves like a wave. And more, besides. Nasty.

Now, inevitably, there is competition between the bullying, thuggish Yust and the mild-mannered strategist, Ervin. Yust has been a prisoner sent out in the swamplands before and demands to be the leader of the group and an unfair share of the provisions. Ervin concedes – but gets exactly what he wants of the equipment and (knowing that too many followers will excite the saw-wort to attack), an exclusive assistant, Kristi. Ervin appears to have thought of everything, and Kristi willingly follows his lead.

In a cute little twist it transpires that in his previous life Ervin created The System’s policy of exile… when he was an adviser to the planet’s President. But he fell foul of the administration when, stung by conscience, he leaked some crucial information. In due course he surrendered himself into custody, but not before releasing a slow-moving computer virus designed to bring The System to its knees. It soon becomes evident that Ervin is a master strategist – and is dubbed ‘Calculator’ by Kristi.

When The System’s computer-driven operations start crashing, an officer is sent out not to kill Ervin (the President’s early objective, with other prisoners being invited to secure their freedom by murdering him), but to to retrieve him; he is suddenly of great value to them again.

But Ervin is heading for the Islands of Happiness, with Kristi in tow… and has the game plan he thinks will succeed. Can he do it? Can he outwit and triumph over The System, the treacherous Yust and the brutal environment? Will he fall for Kristi, or she for him? Will there be neat resolutions and happy endings? I couldn’t possibly say.

But if these sorts of movies are predictable, two elements of this one aren’t. Firstly, who would think that in 1,000 years humans would embrace a retro look which involves clothing and glasses and hairstyles and even tools, weapons and a skyline that look like, say, 2014? Clearly, when they do retro in the 31st or 32nd Century, they do retro… a bit like us suddenly walking around dressed like the subjects of King Æthelred the Unready. Who could have foreseen that?

Secondly, it appears that director Dmitriy Grachev might be taking just a tiny swipe at his country’s isolationist policies… or totalitarian regimes that might be enemies of anyone named Schulz – repressive regimes that force their citizens to do things they don’t want to, regimes that exile dissidents, God-fearing Christian men and men of integrity who speak out. It’s that bravery (and some unusual special effect nasties) that put this marginally above the standard sci-fi action romance adventure fantasy flick.

On the other hand, if Grachev is taking a swipe at the isolationist policies of some other planet, that would be less brave. 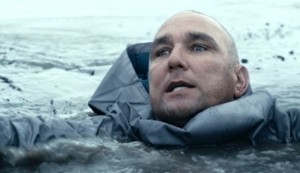 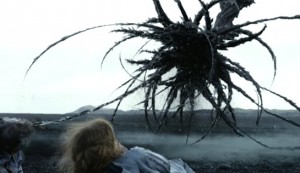