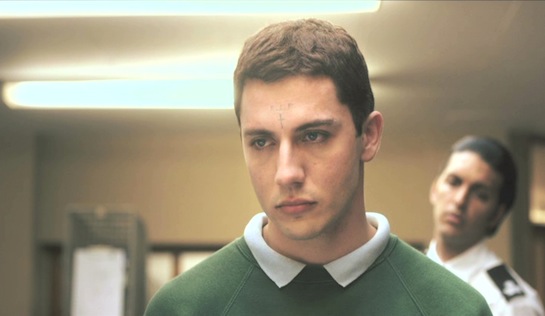 The murder of 19-year-old Zahid Mubarek at London’s Feltham Young Offender Institution on 21 March 2000 posed some large, uncomfortable questions. The first-time offender from a Pakistani family was bludgeoned with a table leg wielded by 20-year-old Robert Stewart, a violent racist who had been placed in his cell some six weeks earlier. Whether it was deliberate, malicious act to place the two young men together, and why the prison failed to separate them despite many warning signs and as many as 15 opportunities to do so, became the focus of a belated official inquiry. Mubarek had been serving a 90-day sentence for the theft of £6 worth of razor blades, and had been due to be released just hours after he was attacked. He died in hospital a week later. We are Monster retells that story, largely from the perspective of the disturbed Stewart.

The film employs an unusual artifice – having Stewart (Leeshon Alexander, who also wrote the screenplay) dogged by an identical version of himself, goading him, egging him on, putting racist, violent propositions to him, reminding him of his abusive, bigoted father, urging him to feel hard done by and cheated out of his rights as a white Englishman by Africans and Asians. The exact nature of this alter ego is not entirely explained. As the film claims only to be based on the true story, it is quite at liberty to depart from the facts of the case for dramatic or artistic reasons, or for any other reason. But psychiatrists testified at Stewart’s trial that he was not mentally ill; rather, he suffered from a severe personality disorder. In the film version of his life, this second apparitional Stewart might be a psychotic voice, or a separate identity from a dissociative disorder, or just a psychopathic, evil prompting – a devil sitting on his shoulder. We don’t know.

Yet for all his racist ruminations, Stewart is well behaved. Or not badly behaved; just isolated, brooding, seen talking to himself. And when staff find racist rants in his letters, and when a worried Mubarek (Aymen Hamdouchi) comes to them asking to be moved because Stewart is weird and frightening, and when they have to intervene in face-offs Stewart has with young black inmates, it is decided that he has done nothing sufficiently aggressive or threatening to warrant action. Concerns about his violence from other institutions (including his suspected complicity in a stabbing carried out by his one friend) have not made it to Feltham can’t be taken into account, either, because his records have somehow been lost or held up in transit.

The significance of Stewart’s overt racist expression is also dismissed. “Racism is part and parcel of all we have to put up with… Hardly anything new now, is it?”, Chief Officer Mike Dean (Justin Salinger) says to one of his subordinate staff. Dean disregards all the indicators that the violent white supremacist might not be well placed with a gentle Pakistani kid, telling his staff that all they need to do with their concerns is file reports. “Race isn’t a problem in this place. Them lot up above don’t give two shits about race relations here, so neither do we, right?”

It is this combination of powerlessness and fatalism on the part of the staff that is most intriguing… and the lack of care and the capacity to distance themselves from being accountable which are the most troubling. “But what can we do about it?” says one Officer about Stewart’s mental health. “If they want to fill this place with nutters and overwork us then they’re asking for trouble. That is not my problem.”

We are Monster is flawed, but it provides an extraordinary glimpse into a series of ‘systemic and individual shortcomings’ that led to a tragedy. And, for the most part, it allows you to see how, given the right conditions, inaction might even seem defensible to those who sat back and did nothing. A worthy, powerful film and one worth watching. 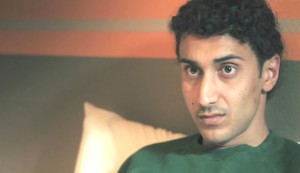 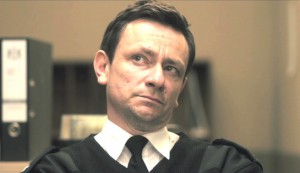