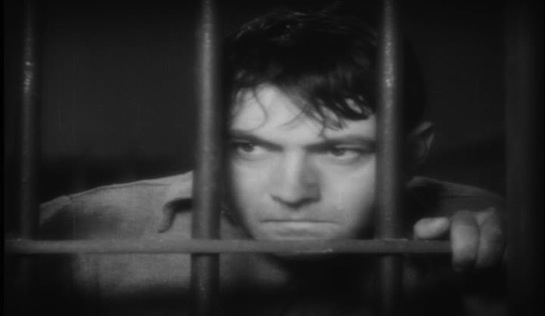 If there’s a purpose to this unusual half-silent, half-talkie film (other than to hear the main character sing the song ‘Weary River’ four times), it’s to show that a wayward man can turn his life around with the support of a good woman and a good Warden.

Jerry Larrabee (Richard Barthelmess) is smooth, debonair, moneyed. He plays the piano, sings sweetly and flouts Prohibition laws. He is also a gangster with a girlfriend Alice (Betty Compson) who looks every bit the gangster’s moll. When the Police come knocking and he is charged, on an eyewitness account, with wounding an innocent bystander in a street shootout, we know he has been framed… but we also know that his time in prison is scarcely undeserved.

He goes into prison an angry man, but the Warden (the ‘first’ William Holden) gives him some fatherly advice and steers him down the right path. Jerry manages to put his past behind him; he rediscovers his love of music and is soon conducting a swish prison orchestra. Maybe it was the influx of starving musicians into prison that heralded the start of the Great Depression. Anyway, Alice turns up to the prison to visit him on the very day that another gangster is being executed; the Warden convinces her that if Jerry can’t completely divorce himself from his old life, he is headed for a similar fate. She readily agrees, and abandons him. For his own good.

At an orchestral performance at the jail the prison chaplain, moved no doubt by the lyricism of the music, preaches on the “great poet who said, ‘Our lives are like rivers’. Some take the wrong course… creating havoc and discord, destroying everything in their path. Others… bring peace and contentment. And so it is with us… but even the weariest river finds its way to the sea.” Jerry goes back to his cell and pens the tune ‘Weary River’, which he then performs on radio during a live cross to the prison. It is an immediate hit, and Jerry is acclaimed as ‘the Master of Melody’.

When he gets out, Jerry is expected to excel in his new musical career. He initially plays to packed houses, but keeps hearing the audience whispering ‘convict’ and is demoralised. His performances underwhelm and he is soon unable to support himself. Seeing himself as “nothing but a rat, a freak, an ex-convict… something to be stared at” he is attracted back to his former mobster life (and to the loyal Alice, whom he promises to wed). When his lads tell him that his old rival Spadoni paid the victim of the shooting, he resolves to get even. Alice implores him not to return to the racket, but Jerry is resolute: he heads back to his gang to set up one final confrontation with Spadoni and his men. But luckily Alice has called Jerry’s old warden, who interrupts the plans and, even after the shooting starts, manages to save Jerry from getting in too deep. He even has the Police attend and they round up everyone except Jerry, who is then free to make amends with his true love.

The film tells the story competently enough, and its theme of the difficulty ex-prisoners face in removing the stain of their convict past is one which has since been played out in many, many films. The intervention of Wardens in keeping ex-cons on the straight and narrow is less common; as with the phasing out of silent movies’ title cards, there were seemingly better ideas to be had. 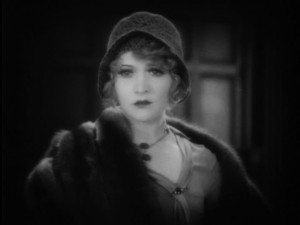 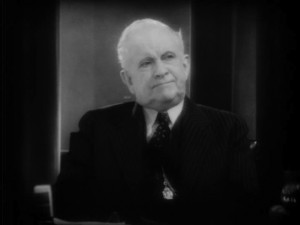