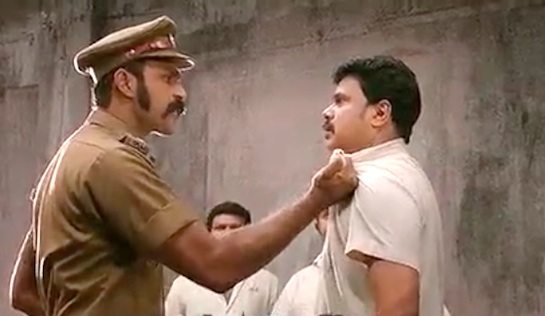 This is a saga: a movie long enough to be broken by an interval, and long enough to remain, in essence, a wistful romantic comedy as it shrugs off big slabs of slapstick, political intrigue, corruption and brutality. And, because it is an Indian film, mandatory singing and dancing.

It follows the life of a boy, Unnikuttan, born in 1990 inside the Poojappura Central Jail at Thiruvananthapuram in Kerala, near the southern tip of India. His parents are both prisoners (having between them killed several men in self-defence), but after Unnikuttan is taken from his mother at the age of five and placed in an orphanage, his mother dies (seemingly of grief), and his father dies soon after of nothing so exotic (a regulation heart attack).

Fast forward a few decades and the genial Unnikuttan (Dileep) is a prisoner in the very same jail. Rather quaintly, he seeks asylum in the jail because it’s where he feels most at home and close to his parents. He commits no offences to get there, but assumes responsibility for other people’s crimes (nobly serving a sentence for a doctor, for example, to allow the doctor to continue to practise). The staff know that he is innocent and allow him certain liberties. He is content. He delights in being safe, and fed, and paid, and getting free newspapers, and being protected by the police who guard the jail. He is a good friend to all the prisoners. It’s win-win.

His comfortable life is shaken, however, when – on a rare moment at large in the community – he falls in love from a distance with a photographer (or videographer), Radhika (Vedika). He even saves her from a knife-wielding would-be attacker. But he is shocked, later when he is back home inside, to see her being received into the prison on a 2-year sentence for drug offences. She speaks to no-one. When he professes his love for her, she sends a message back that she could not marry him. He is heartbroken.

But then he discovers that while videoing a wedding she inadvertently filmed a murder being committed in the background. She was then pursued by the powerful people connected to the murder; after giving the videotape to police, she was framed on phoney drugs charges. He learns that she is frightened that she will be killed upon release, and doesn’t want to put him through that. He is no longer heartbroken; somehow the two become affianced.

On a furlough, Unnikuttan breaks into a Deputy Superintendent of Police’s home and steals back Radhika’s disk proving the guilt of well-connected people, including a government Minister. He takes it to the media. Radhika is effectively exonerated. The Minister is duly remanded into the same prison. And, on the same day, the prison’s Superintendent is transferred and replaced by a new Superintendent, nicknamed Neerkoli or ‘grass snake’ (Shafique Rahiman), who is one of the Minister’s men. Neerkoli quickly identifies Unnikuttan as the whistleblower, destroys his wedding invitations, sets a thug onto him (whom Unnikuttan defeats in battle), strings him up on a trapeze and beats him to a pulp. Radhika is released but is forced to kill an attacker in self-defence. Unnikuttan is released but kills Neerkoli and the Minister Viswanathan, not exactly in self-defence but after seeing Radhika being taken back into jail.

Now, is that a romantic comedy or what?

The plot device of the main protagonist being a person making a living substituting himself for criminals, and serving their sentences, is not one I have come across before – although it would seem to feature also in the South Korean film Tumbleweed (2012). The viewer is supposed to be unreservedly sympathetic to Unnikuttan, which is easy because he is likeable and has had a hard early life. But while he is far from being a complex character, he lets criminals go free while he serves their time, slaps a female prisoner’s bottom and says nothing when the guard accused of the action is suspended from duty, commits a burglary (with good intentions), and enters freely into a murder conspiracy… all before killing two (corrupt, nasty) men in a huge rage.

It’s an interesting picture of prison. As you might expect in a prison where there are song and dance routines, it’s very benign and uncrowded, with plenty of space and comfortable living conditions (I note that in 2009 the Central Jail had 1,431 prisoners despite an authorised capacity of 935), the guards are friendly and the prisoners are more sad than bad. In short, it’s the stuff of romantic comedy. For all of that, it’s not unpleasant. But it is long. 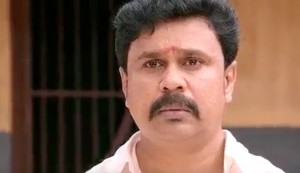 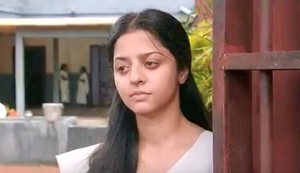 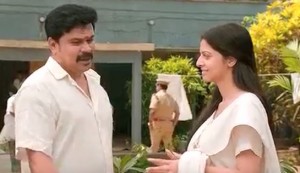 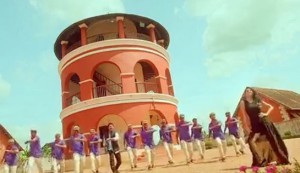 You can watch the movie (with English subtitles) on: YouTube