Is it a good thing, ultimately, that this whistle-blowing film seems a little tame? That the boot camp abuses suffered by the juvenile offenders in Hong Kong’s Sha Tsui Detention Centre don’t seem to be as shocking as those in many other prison movies (which is not to say that gratuitous elbow strikes, and asking a detainee to clean a toilet with his fingers and then clean his teeth with the same fingers, and assorted other beatings and demeanings are not abusive). It’s a good thing for Hong Kong, isn’t it, if Sha Tsui (which caters for juveniles and young adults from 14 to 25) is not as rotten as some other prisons. Somehow, though, the film seems a little pallid and limp.It is apparently based on the experience of one of the minor characters, Sharpie (Mak Yee Ma), while the story’s main man is Leung Yick Fan (Neo Yau Hawk-sau). Young Fan basks in the title of thug. He’s young (but still old enough to have a presentable partner whom he calls ‘Honey’, both of which say a bit older than young to me), cocky, good looking, and greatly enjoys thuggery. Until he gets caught.

He is sent down for just three months for assaulting a particularly objectionable off-duty cop. It is implied that there could have been lots of uncharged thuggery events. Three months? Not long, eh? But tough-guy Fan struggles. He finds it hard to abide by the rules, is hampered by his illiteracy, and is singled out a bit.

The regime is a little reminiscent of that on The Brig (1964); lots of obligatory rote phrases (like “Sorry, Sir!” whether the detainees have done wrong or not) and rote actions, and lots of reaction-stifling required on being demeaned and bullied. The guards are peer pressure enthusiasts; they get the submissive fellow detainees to administer some of Fan’s chastisements, and punish them when Fan steps out of line. A senior guard, Gwai (Lee Kwok-Lun), is the most enthusiastic and nastiest of the bunch.

Fan can’t handle it, and tries to hang himself. He is cut down. Survives. And then resolves to play the game, hoping to be able to visit his beloved nan, who raised him, after learning that she has taken very ill. Just one guard, Ho (Kelvin Kwan Chor-yiu) seems to be interested in reforming the young offenders, exhorting Fan to “Be the best version of yourself”. He genuinely believes in giving young people second chances, and as a result is pilloried by the other guards for his naiveté and softness. But in a distractingly unnecessary sub-plot we learn that his marriage, to an ex-addict, is under its own stresses.

When another young offender suicides (or is murdered, if you prefer a more sinister take on events), the detainees react, and Ho turns whistleblower and turns the spotlight onto the centre’s regime. Fan reaches the end of his sentence and has choices to make about the direction he wishes his life to follow. It has seemed a long three months.

Is it a good thing that in all of this it feels a little tame? I think so. Director Kwok Kuen Wong seems to have resisted the temptation to overplay things and make them more heinous than they were, and doesn’t seek to outgross other stories of abuse in order to make an impact. What it conveys, arguably, is that the absence of anyone holding out hope for offenders is as bad as the physical brutality that is dished out. As we become inured to violence on the screen, the absence of its excesses should really be something to be celebrated. But the difficulty is that unless we get an acute sense of the pain and damage that the abuse causes, we are less likely to rise up against it. 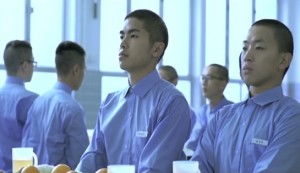 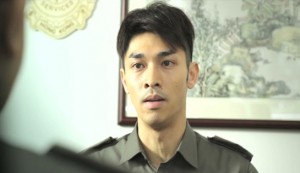 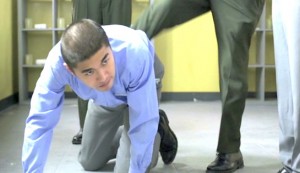 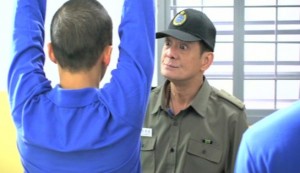