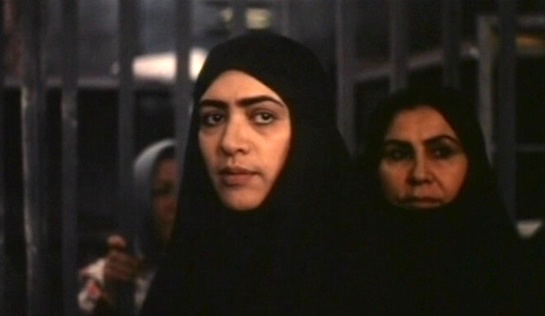 This is as close to being inside a women’s prison in Iran that I think I’ll ever get, and a fascinating peep inside it is, too. It’s a brave film in that as well as being a prison drama, it serves as a metaphor for the treatment of women in post-revolution Iran, guaranteeing that the film would be banned there upon its release.

When Iranians voted in the Ayatollah Khomeini-led republic in 1979, women were amongst those at the forefront of the revolution. Political and educational opportunities for women improved dramatically in its aftermath, but shariah law can also be very tough on women, as the film shows. Filmed in a real Tehran prison, the action takes place at three points in time – in 1984, 1992 and 2001. It focuses on the relationship over the span of those 17 years between the prison’s new hardline Governor, Tehereh, a black-chador-clad supporter of the revolution who doesn’t muck about in transforming an ill-disciplined, dirty jail into a clean and orderly one, and Mitra, a non-conforming prisoner who has murdered her abusive step-father. They clash, at first, and Tehereh sets out to ‘break’ the outspoken prisoner, who refuses to cover up (wear the hijab) and persists in pushing for better conditions on behalf of her fellow inmates. In addition to the drama implicit in the daily life of the prison – eg a child is born (delivered by Mitra, a midwifery student), a young virgin is sexually assaulted and suicides, a political prisoner is led off blindfolded (presumably to be executed) and a drug-using prostitute is also led away to be hanged – there is subtle commentary on the treatment of the women: some unable to be released simply on the basis of complaints by their husbands, political prisoners are thrown in with common criminals, and overcrowding approaches crisis-point as the revolution clearly fails to stop the growth in crime (and particularly in prostitution).

As the years pass, Tehereh and Mitra both age and grow weary, and while they continue to confront and challenge each other, there is an acceptance of the role each plays; Tehereh softens (particularly when it comes to dealing with Essy, the now 17-year-old girl whom Mitra had delivered in 1984 and who is now in prison herself), and ‘Auntie’ Mitra (afforded that respect by all as a long-termer) wears her hijab, is more compliant and is hopelessly institutionalized. Enthralling. 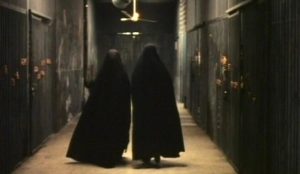 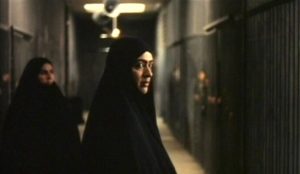 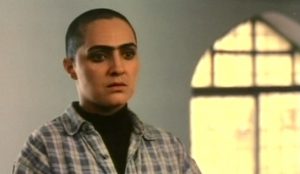 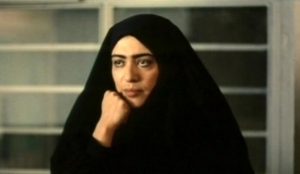 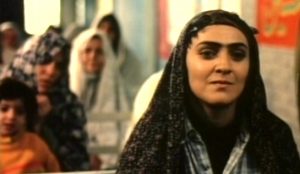 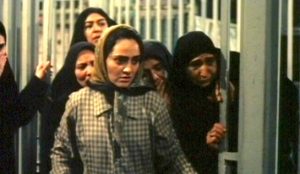