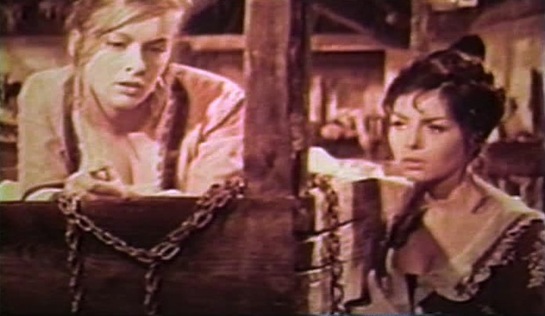 It’s this sort of third-rate film that spawned the whole exploitative Women-in-Prison genre. This one features no cat fights, no shower scenes, no predatory lesbians. Instead, it depicts an island full of uniformly beautiful women in period costume panning for gold in crocodile-infested swamps while being whipped by the guards. Maybe voyeurism was different back in the early ’60s.

Martine Foucher (Michèle Mercier) is transported to Devil’s Island – off French Guiana – to serve a life sentence. She is a member of the aristocracy who has seemingly been found guilty of treason (through opposition to Louis-Napoléon Bonaparte’s 1851 coup d’état, one supposes); her father was a ‘peer of France’ and she complains of the burden of imprisonment that has lately fallen on “father, Uncle Charles, my sister, and now me.” Upon arrival at the penal colony she is desperate to be reunited with her sister Michelle (Federica Ranchi); Michelle is initially not so keen as she has assumed the identity of a Parisian prostitute, Jeanette (who fell overboard during the voyage), in order to reduce her sentence, and doesn’t want her cover blown.

The prison is harsh. The women work in the blazing sun, knee-deep in water, and the only respite they get is if they agree to submit to the sexual desires of the island’s commandant, Lieutenant Georges Lefèvre (Paul Muller) – after which they get to rest on the following day. Their travails are made undeniably more difficult by having to maintain their stockings, fancy dresses and exquisite hairdos in the tropical conditions. While avoiding the crocodiles. At night they are shackled to everyone else in the dormitory, which must have made toileting, amongst other things, an extremely awkward undertaking. A plan by the women to escape from their chaindom is betrayed by the treacherous Melina (Marisa Belli); Michelle is cold-bloodedly shot dead by the guards, the bid is foiled, and the guards relish the opportunity to tie the survivors to posts in the sun.

Then, along comes the handsome Captain Henri Vallière (Guy Madison), who relieves the loathsome Lefèvre of his command, and insists on decent treatment of the women. He also falls for Martine, even diving into the swamp and killing a crocodile that threatened her. “My life isn’t worth much, Captain, but you risked yours for me,” sighs Martine. “If anything had happened to you, mine wouldn’t be worth much to me, ” replies the Captain. It seems like a most improper breach of professional boundaries, until we learn that the Captain (who, if he had a buckler, would swash it most fiercely), is nothing but a dashing impostor – a pirate seeking to steal the gold to fund the Revolution. Vallière is ultimately exposed and captured, but he thwarts the hangman when the snitch Melina decides to atone for her earlier betrayal of her fellow prisoners by setting fire to large barrels of gunpowder, and creating enough mayhem for the women and pirates to escape together, happy ever after.

I don’t normally complain about the quality of films’ transfer to disc, but the English-dubbed print that is commercially available on DVD is in the horriblest sepia. It’s possible, apparently, to get a Spanish-language version in crisp, wonderful colour… but neither option is arguably worth any payment.

Unless you are one of those who derives enormous pleasure from watching women in period costume work unprotected in the sun and emerge without sunburn and with hair and dresses intact, I suggest that you avoid Women of Devil’s Island and watch something a little more real. Something like The Lord of the Rings. 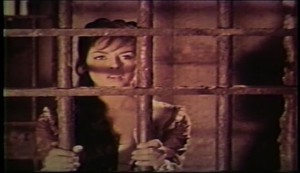 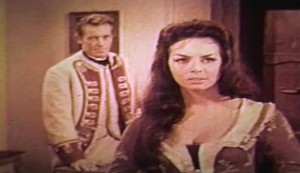