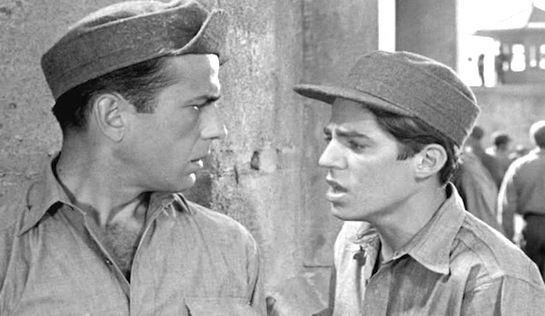 I love the Wikipedia entry on Lewis E Lawes. It starts, “Lewis Edward Lawes was a prison warden and a proponent of prison reform. During his 21 year tenure at Sing Sing Correctional Facility, he supervised the executions of 303 prisoners.” That’s one way of doing prison reform, I guess.

Lawes (despite his tally of deaths, an opponent of capital punishment, it seems) wrote the play on which this melodrama is based. It splits two other prison movies based on his writings, 20,000 Years in Sing Sing (1932) and its remake, Castle on the Hudson (1940), and follows the less well known Over the Wall (1938).

This one is about a 19-year-old kid from Hell’s Kitchen, Johnnie Stone (Billy Halop), who lives with his sweet sister, Madge (Gale Page) and falls in with the wrong crowd – to wit, one Frank Wilson (Humphrey Bogart). Frank and Johnnie rob a gas station together, and then on their next job Frank fatally shoots a man in a pawn shop robbery, using a gun that Johnnie had stolen from Madge’s security guard fiancé, Fred Burke (Harvey Stephens).

Frank and Johnnie get nabbed over the gas station job, and end up at Sing Sing with Johnnie getting 5 to 10. The unlucky and very innocent Fred is charged with the pawn shop murder and convicted on the evidence of the gun and some jewellery that Frank had planted in his room. He is sentenced to the electric chair. His appeal fails.

Johnnie is naturally torn between telling the truth and exonerating his dear sister’s fiancé, and keeping schtum and avoiding Frank’s displeasure and being labelled a rat, (not to mention the prospect of getting the chair himself). The poor lad is in deep turmoil, and despite being on the verge of spilling his guts on several occasions, most notably to his fatherly prisoner boss in the prison library, Pop (Henry Travers), he keeps the criminal code.

Until, that is, the point at which he thinks he is breaking out of the joint, with only hours to go before Fred’s execution. He drops a note to Pop, confessing all, but the note is intercepted by Frank who takes the opportunity to shoot Johnnie with a smuggled gun as their escape bid unravels and they come under fire from the guards. Luckily, the mortally wounded Johnnie is able to name Frank as the person who shot him – and the pawn shop man – and Fred is immediately freed. Hooray!

Oh dear. Bogart is typically gruff as a minor gangster, but there are some awfully hammy moments and for all of Lawes’ credibility as an observer of criminals, too often he shows himself as an overly enthusiastic aficionado of B-grade drama. And when Johnnie is too tormented by his dilemma there is always another personality on hand to relieve the tension: the wise old Pop, the prison bookie taking bets on who will make it to the chair, or the comedic African-American prisoner who reads cookbooks out loud, fantasising about the food.

If inclined to be generous, you could see this as a film with an important anti-capital punishment message, and not just as a noirish melodrama. I’m not feeling generous, myself. 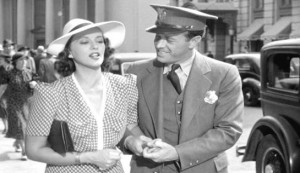 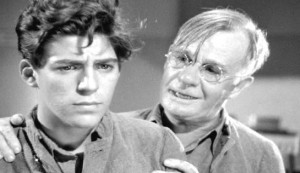 Also known as ‘Chalked Out’.