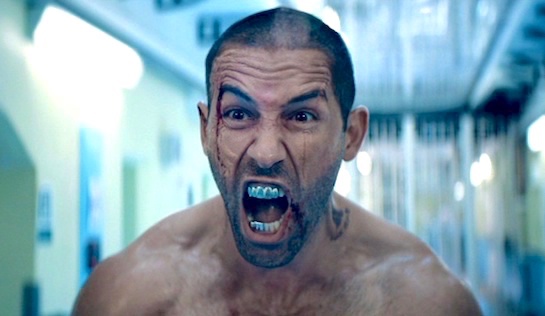 Bronsonesque, I’d say. The same gleeful celebration of violence as the celebrated, violent British biopic Bronson (2009), but with a more noble cause and less theatre.

Cain Burgess (Scott Adkins) is a fighter who is on the outs with his crime figure brother Lincoln (Craig Fairbrass) as he refused to throw a fight, and Lincoln and his cronies all lost big money on it. Lincoln targets people who are in financial strife; he recruits them to acts couriers, and then recruits others to steal back the traffickable goods from them. With his initial recruits now even more in his debt, he moves in, strips them of everything they own, and moves on to the next vulnerable target. Cain is inherently decent; Lincoln, despite being his mother’s golden-haired boy, is not.

But Lincoln has principles; he won’t lend money to his family, as subsequent retrieval of the debt may offend. He offers Cain the task of stealing back a package from one of his patsies. Cain accepts – just this once, but in desperation the woman whose handbag he steals pursues him, right in front of an oncoming car. The coppers are there in an instant, and Cain gets seven years in HMP Belmarsh.

Cain is immediately set upon by all and sundry at Belmarsh. It takes time for him to understand why. He loses all his teeth in one fracas (and has them replaced with some fearsome metal ones). He is stabbed, has sugared boiling water thrown in his face, slashed and forced to defend himself against all-comers. Rather than move him, the Governor keeps adding time to his sentence and his time in solitary; in the face of unrelenting attacks on him, Cain resolves to become a fitter, faster, nastier fighter.

On an escorted leave to a hospital to see his dying mum, Cain knocks out all his police escorts (after their stop-off for vanilla lattes prevents him from seeing his mother before she dies), escapes, and, armed with a sawn-off shotgun he acquires on the way in one of several vengeful detours, takes a number of Lincoln’s men hostage at their members-only pub. He calls for Lincoln. The results are bloody, with particular bloodiness reserved for the most deserving, including the wonderfully odious Hyde (Nick Moran) whose end underscores the wisdom of not taunting a man who is holding a gun at your head.

This is one of the better prison revenge movies. All of the prison scenes are shown in flashback; like Bronson, they do little other than lurch from one violent encounter to the next, with Cain honing his skills and with each successive offensive becoming further and further removed from the man who entered prison.

In this case, though, the prison system is not held as responsible for creating the monster that Cain becomes as the forces beyond the walls. Not acquitted by any means, but held less culpable.

Why you would leave him in Belmarsh to fight and fight again is a question worth asking. Even the most corrupt of Governors might start to feel a little exposed at the havoc wreaked within his prison and the scrutiny that such destruction might bring, and to think that the bad guys’ reach might extend only into Belmarsh and no other prison is a little odd. 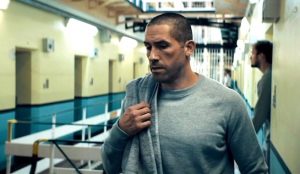 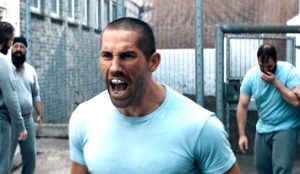 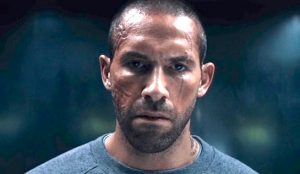 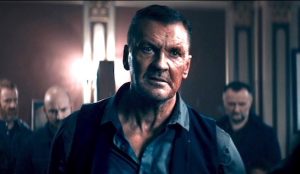