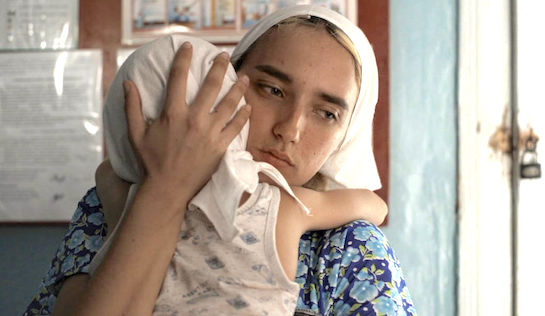 Cenzorka (‘The Censor’) was released just four months before the Russian invasion of Ukraine in February 2022. The very proper outpouring of sympathy for Ukraine (from the West, at least) since then makes it almost heretical to make any comment about that beleaguered country that is anything less than 100 per cent supportive – but its prison system (or maybe just this prison) doesn’t come across so positively in this unusual blending of documentary and fiction.

It’s a little difficult to be certain at times as to what parts of 107 Mothers have been scripted and what have not been. The cast is made up almost entirely of real-life prisoners, some of whom openly speak of their crimes, and staff. One senses that the routine and the overall gloomy tone of the prison are depressingly unscripted. At one point in the film the women prisoners are instructed to line up in groups of three, and each group is then handed a watermelon to share from a hand-drawn cart. The women are not given any means to cut the fruit, so they open them up by smashing them against the ground or pieces of furniture. It’s a decidedly unimportant scene in almost every respect, but it’s one that lingers in the memory as it seems symbolic of a system that is desperately crude and unevolved.

One shouldn’t rely too heavily on a filmed version of a prison (even one in a semi-documentary form), but the management of children born to the Odessa prison’s 107 incarcerated mothers is very unlike that in other jurisdictions – and indeed that depicted in other prison movies, such as Leonera (2008) and Ombline (2012). Immediately after the birth of her son, the film’s main character, Lesya Boyko (professional actress Maryna Klimova), is – like all new mothers, apparently – put into isolation for two weeks and separated from her baby boy, which makes bonding with him a little challenging. Once that initial period is out of the way, the prisoner mothers get to spend a couple of regimented hours during the day and another couple in the afternoon with their children. Nursing mothers are required to form something akin to a white-coated assembly-line in a silent, joyless room, where they have their children delivered to them on a trolley at appointed times by a disinterested nurse. The children cry themselves to sleep in the nursery at night and, when old enough, eat with other children, away from their mothers. At three, the children are removed from the prison and placed with family members or in an orphanage. Lesya is serving a seven-year term for killing her husband, and so the fate that awaits her son, Kolya, if she can’t get an early parole casts a large shadow.

Only rarely – such as in grabbed moments with her friend Nadia (Lyubov Vasylyna), and at play with Kolya – does any semblance of happiness manage to break through.

But it’s not solely the lot of the imprisoned mothers which provides the film’s melancholy tone. One of the enforcers of the regime is Iryna (Iryna Kiryazeva) – the censor of the film’s title. She is single, lives in a tiny flat inside the prison, and has to contend with a mother who constantly chides her over her unmarried state and the absence of grandchildren. Her job, which includes redacting anything of a too-passionate nature in the prisoners’ incoming mail, serves to underscore the lack of intimacy in her own life.

Iryna can be blunt, and lacks some sophistication, but she has a good heart. She sits Kolya on her lap while she processes the mail, and gets him to help… like a mother might. It’s an unexpected relationship; care in an uncaring place at an uncaring time. But you don’t get the sense that Iryna will ever be an agent for major change; she will simply prop up the system in the best way that she can. And unexpectedly shine a bit of light.

107 Mothers is an understated film, with powerful visual images, much silence and much sadness. Inevitably, one reflects not only on the trials of the imprisoned women and their babies, but on the trials of the country as a whole and the regimented days of so many of its free citizens. It’s quietly powerful and sobering. 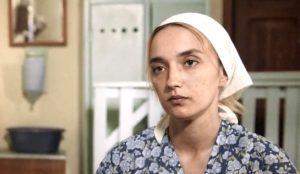 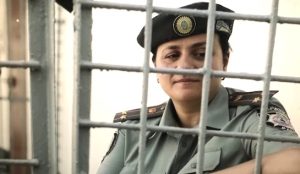 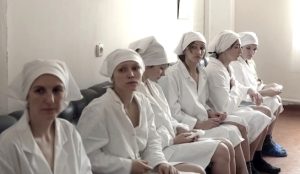 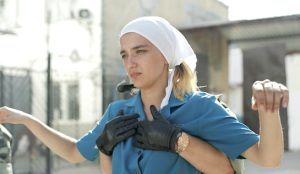 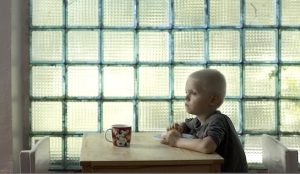 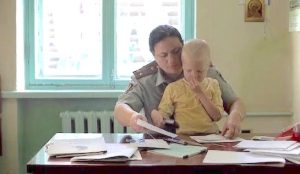