Several years ago I copped some mild abuse after suggesting that Billy Hayes, the hero of Midnight Express (1978) – a film that shares more than a few things in common with this one – might have got off lightly by escaping so soon into his sentence for smuggling a large quantity of hashish. It’s the same moral dilemma here; addict Dwight Worker (Timothy Bottoms) is caught smuggling cocaine at Mexico City’s airport in 1973, and yet two years into a seven-year sentence we catch ourselves cheering him on in his audacious bid to escape from the notorious Lecumberri Prison. Both films retell true life stories.

Worker is not portrayed so sympathetically at the start. He is a bit of prat. He hides the drugs inside an elaborate plaster cast and is uncooperative when they are discovered, in response to which the customs police decide he needs a cattle prod to help him remember how he acquired them. In custody, he insists on his rights, the return of his watch, access to the US embassy and a court hearing – not terrible demands, it’s granted, but made a little too petulantly and self-righteously for his hosts. It’s fair to say that the Mexican authorities take an immediate dislike to him. It seems mutual.

There is no doubt that our willingness to see Worker succeed in his escape bid (and Hayes in his) is largely in recognition of the fabled hardship faced by foreigners in prison in certain countries. We might not view an escape bid from, say, a Norwegian prison, with quite the same enthusiasm. The real Dwight Worker has spoken about being the only Gringo placed in a dormitory with 400 Mexicans (“mostly recidivist murderers”), rather than in the foreigners’ dorm, and having to fight off multiple attackers on a regular basis. In the film the greatest hardship he has to endure seems to be fighting off increasingly ominous attempts to extort money from him by prisoners working for the prison’s Mr Big, Fernando Gardner-Pasquel (Miguel Ángel Suárez).

But once he has arranged for his father to send him money from his modest savings, he lives quite comfortably in a large single room – away from those nasty dorms. And he has a bit of luck: he approaches another prisoner’s visitor, Lily Levinson (Colleen Dewhurst), and she agrees to smuggle letters out for him, and an old friend brings a beautiful new female friend, Barbara Chilcoate (Kay Lenz), with him on a visit, and the two are immediately smitten.

Barbara, a nurse from Indiana who has a 4½-year-old daughter, not only supports him, but conceives a daring escape plot. All he has to do is disguise himself as a woman and, as the visits are held in the privacy of the prisoners’ quarters, sneak past the six or so checkpoints on the way out amongst all the other women visitors. Easy peasy.

Two points worth noting: In Mexico, it is not illegal to attempt to escape, but capital punishment awaits those who succeed. The stakes are accordingly high. Second, this is no ‘escape-or-die’ scenario, where he is compelled to escape a brutal regime; the initial threats have subsided and he is living very comfortably while plotting his escape.

By this stage, too, Barbara and her daughter Gabrielle are staying at Lily’s place, and all three conspire to smuggle in clothes and a wig and cosmetics and passes and visitors’ tickets and all those necessary escape items. And, despite the drama surrounding Dwight and Barbara’s marriage ceremony on the chosen day for the escape and sudden plans to transfer him to Santa Marta Prison, the plan goes to plan.

Fortune favours the brave, it is said, and here it needs to. The escape materials are never discovered, and the unusually tall, homely woman with the strange eyebrows – who carries herself very awkwardly and tentatively emerges from Worker’s room – somehow manages to pass close visual scrutiny, and at the same time arouses no suspicion from the guards who might reasonably have wondered why they could not recall such a strange apparition enter the prisoners’ quarters. But he succeeds, as Dwight Worker did in real life. Dwight, Barbara and Gabrielle live happily ever after. Or at least they get to cavort together on a beach (which by the time of Shawshank had clearly become the symbol for post-absconding freedom and happy endings).

This is a solid escape flick, but I can’t stop thinking about whether the happy escapee and his new wife, living it up on an American beach, ever repaid his father for the savings diverted to Señor Garner-Pasquel instead of their retirement. 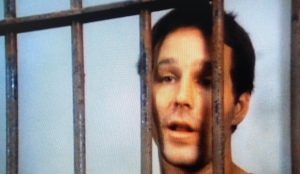 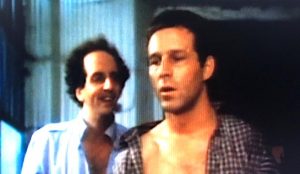 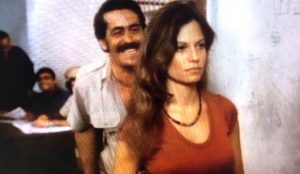 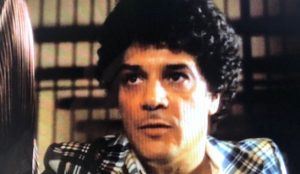 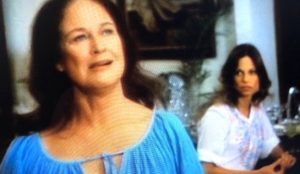 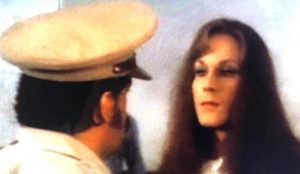