If it weren’t for the fact that the dead body doesn’t materialise until the 34th minute of this 60-minute movie, this could be a classic whodunnit – there’s a cop prone to overstepping the mark and barking up the wrong tree, a brash investigative reporter cast in the Miss Marple role, the requisite number of shifty-looking suspects, and plenty of red herrings. Mind you, I can’t remember Miss Marple ever having a love interest.

It revolves around Big Mike Eagan (Joe King), a retired racketeer. In the five years he’s gone straight he has built up the biggest nightclub in town, and it’s there that he’s visited by Ed Slayden (Richard Purcell), a not-yet-retired crime boss, who has a problem. Slayden has just knocked off a truckload of furs and “had to kill a guy.” Knowing that Eagan can ill afford the trouble he could create, Slayden leans on him to provide “a hideaway for those skins and enough dough to take them out of town.”

Eagan thinks he has a solution. He slugs a policeman, expecting that he’ll get 30 days in gaol, during which time Slayden will have to seek help elsewhere. He doesn’t count on the judge giving him two years, or his loyal secretary, Jane Rogers (June Travis) confiding in a pushy reporter, Ken Williams (Craig Reynolds), just why he would inexplicably assault a cop without provocation. On the strength of that information, which Williams passes on to the police, Slayden is arrested on the truck heist, and he and two of his men get placed in the same jail as Eagan, whom they assume has ratted on them. All of the Slayden gang get life imprisonment. And are a little keen to get even with Big Mike.

It makes for some unpleasantness in the jail. It doesn’t help that one of the guards, Dan Stone (Charles Middleton), harbours a huge grudge against Eagan; his wayward son was killed doing a hijack job for the pre-reformed Eagan, and Stone blames him for his death.

Let’s just leave aside the questions of whether it is reasonable to place Eagan and Slayden together, and then have them both work in the laundry, and also have Stone responsible for Eagan, and supervise them all in the laundry. Take those out, and you have no drama.

Slayden tries to stab Eagan, in the laundry, but is thwarted. Soon afterwards, Eagan is visited by Jane, who tells him that the nightclub is doing poorly with its main attraction in prison. He tells her that if he is granted parole, he will collect the $300,000 he has stashed away, and will leave the nightclub business forever. The grim-faced Stone is nearby.

Detective Captain Rourke (Barton MacLane, in the first of his eight prison movie appearances) is brought in to investigate. The whole investigative process is… unconventional. At one point, the reporter Williams, who is carrying out a parallel investigation, barges into the Warden’s office, with prime suspect Slayden still in the room after having been questioned by Rourke. “Warden, Miss Rogers has something to say to you that I think is important… It may be the motive for the murder,” and Jane proceeds to talk about the hidden $300,000.  Take Slayden out of the picture, though, and you have still have drama. It’s a little bewildering.

Williams, meanwhile, is hot on the trail of a book that Eagan kept borrowing from the library, unconvinced that Eagan, not a bookish person, would be so interested in Epigrams of Marcus Aurelius. He finds the librarian, Pop, dead. A shadowy figure emerges from the shadows, hands already set in strangle-mode, and tries to strangle him, too.

Slayden, meanwhile, locates the missing gun and takes Guard Dan Varner (Addison Richards) hostage, and with his two cronies attacks a guard tower and escapes under gunfire. Those associates and a tower guard? Not so lucky. Slayden goes straight to Jane’s apartment, where (by a stroke of luck) he is promptly arrested and returned to the prison. Within no time at all, the police have established that the gun that Slayden used to escape was the same gun that killed Mike Eagan, and in a dramatic denouement in front of more than 20 people (including prison staff, members of the press, Slayden, of course, Jane, and the Governor, who is threatening to sack the Warden), Rourke announces that Slayden and Jane were the killers, with help from either Stone or Varner, who smuggled in the gun.

Fortunately, Williams has been doing his own analytic work on pieces of evidence curiously given to him for safekeeping, and does a further big reveal in front of the same audience. And identifies the killer. And, of course, then wins Jane’s hand. Take that out, and you have no romance.

The American Film Institute film catalog suggests that Murder in the Big House (1942) was a remake of this film, and elsewhere it is noted to be based on the original story Murder in Sing Sing, by Jonathan Finn, which also formed the basis for Smashing the Money Ring (1939). It doesn’t share much at all with the former movie, other than it features a murder-solving investigative reporter. It shares much more with the latter film, but is still sufficiently different to hold its own.

Entertaining enough if you can just go along for the ride. 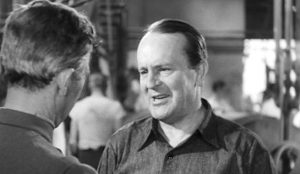 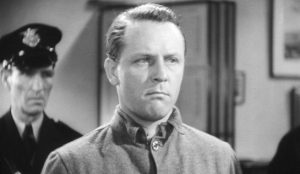 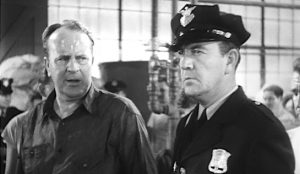 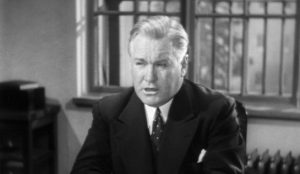 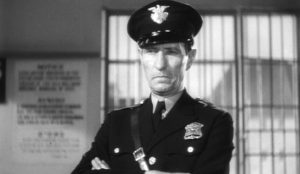 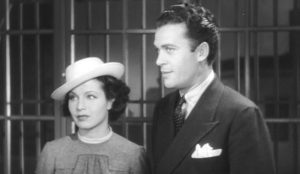 Also known as Murder in the Big House.