It’s an action vehicle for Dolph Lundgren, who plays Jack, an ex-Marine, ex-DEA operative, and current thief. Jack has a few miles on his clock. At a Mexican bar, he surprises the accountant of a powerful drug lord in flagrante delicto with a waitress in a toilet cubicle, and steals a USB from him. How he knew that the accountant kept the USB around his neck is anyone’s guess. His co-heisters, his much-younger girlfriend Norma (Jocelyn Osorio) and third wheel Billy (Fabian Lopez), manage to get away from the money-man’s minders (and with the USB), but Jack is caught. The arresting police remind him of the foolhardiness in taking on El Capitan’s cartel.

Jack gets sent to Baja Federal Penitentiary, known as ‘La Jaula’ (‘The Cage’)… where he quickly proves that his gringo fighting skills can match those of any number of locals, and shifts his attention to relieving the prison of the $20-odd million of El Capitan’s drug money, which is conveniently stored in the prison vault. Back in safety-land, Norma (on viewing all the details of the drug boss’s finances on the purloined USB), muses whether it was Jack’s clever plan all along to get imprisoned next to the money. On the balance of probabilities (to wit, he didn’t expect to get arrested, he couldn’t be assured that he would be transferred to La Jaula, he asks his old boss, Price, to fill him in about the prison, and the planning in the rest of the film gives zero confidence about his planning ability), he didn’t plan it.

But soon he is joined in the prison by Norma, Billy and a new sidekick, Tank (Isaac C Singleton Jr), and in no time at all they are busting into the vault. Consider this:

– It’s a maximum-security prison. It’s night shift. Norma is still able to gain access to Jack by pretending to be a doctor. Billy and Tank simply say they are the electricians and are let in, and pointed in the direction of the switchboards. Later, when El Capitan (Luis Gatica) learns that they are trying to steal his money and first sends in his ‘operators’, and then (when they fail) a busload of international assassins, they all just waltz into the prison. Let themselves in. What sort of a prison is this? La jaula con su puerta abierta, perhaps. One wonders why the prisoners don’t walk out.

– On arrival, Billy and Tank go straight to business working on security systems they know nothing about. They release a gas that magically incapacitates all the guards (not too many, because it’s night shift), and tie them up. None of the prisoner population is affected; it is apparently a guard-only gas.

– Tank is a bit excitable, and kills a couple of guards with a pick… that is, naturally enough, lying around the guards’ change-rooms. A pick!

– There is no sense of urgency from Jack and co, and no pre-planning as to how they might contend with anybody who could arrive and try to stop them taking the $20m cash. Or, for that matter, how they might get out of the prison with (or without) the loot. But no matter; none of the specialist operators can shoot straight from 10 metres and all the international assassins go into the prison, but none of them thinks to secure the exits. Or at least the back door, outside which a truck is parked, ready to drive away.

– Capitan clearly has a bevy of international assassins on retainer, whom he can call up at any time, but seemingly no jail workers or police in his pocket, despite using the prison to store his money. Best rely on the assassins who don’t know their way around the prison.

– Jack and his team manage to escape by enlisting the support of (and arming up) the prisoners, promising them of a cut of the takings. The armed prisoners are awfully obliging. None of them say, “We’ll take all that money off your hands, gringo; thank you. Boom. Boom.” None of them are loyal to Capitan, who may well have been their past employer and may employ them again in the future. They honour the deal with the new gringo.

– Capitan is an obscenely wealthy drug lord. But does he live in a fortified house? Not all all. The armed prisoners pop in on him to say hello, as easy as you like. As easy as an international assassin breaking into a maximum-security prison.

There are crossings, double-crossings, sloppiness; people on both sides working in teams with no due diligence having been conducted prior to their employment. Despite all this trickery and some unexpected twists and turns, the action is laboured, the dialogue wooden, and Jack’s fight scenes look like a creaky 60-year-old in a capoeira rehearsal. Oh, which it is. No wonder even the action film lovers found it dull.

I’ve owned this movie on DVD for some time – dubbed into Italian, with Italian subtitles and no English anything, perhaps a tribute to the Italian-US production, A Man Called Sledge, which shares some of this film’s storyline. This one works at no level. While I felt cheated on receipt of my DVD, now that I’ve seen the movie in English, maybe understanding what’s going on is a disadvantage. 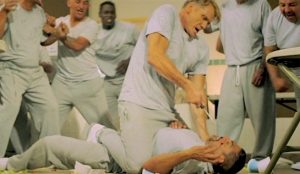 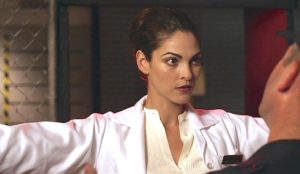 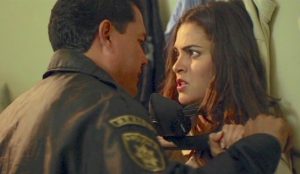 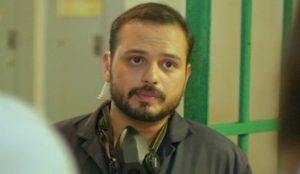 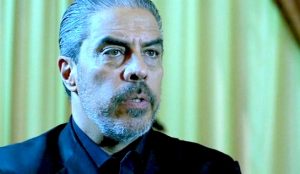 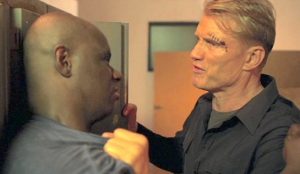