Le fidèle / Racer and the Jailbird (2017, Belgium and others) 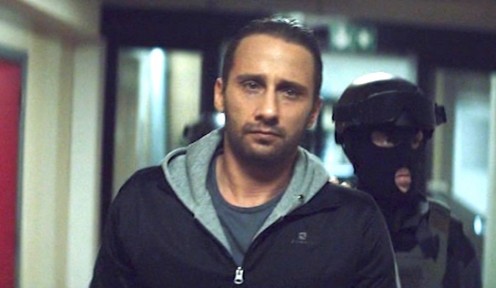 I’m not sure now why I thought that this might be a prison movie. The title, maybe. The French title (‘the faithful’) is sober and apposite. The English title has a different tone altogether – wacky, almost, or whimsical. To be clear: it’s not a prison movie, barely managing a few minutes of prison time, and it’s neither wacky nor whimsical.

It is, however, a compelling love story, set in Brussels. Gino Vanoirbeek (Matthias Schoenaerts), known as ‘Gigi’ to his friends, is a dyed-in-the-wool criminal, well into his 30s, who for years has been committing high end armed robberies with his mates from ‘juvie’. He falls for a sultry young racing car driver, Bénédicte Delhany (Adèle Exarchopoulos, fresh from a bona fide prison movie, Down by Love), known as ‘Bibi’. Who, for less obvious reasons, is also attracted to him.

Both are excited by speed: racing car driver, getaway driver – in some respects, it’s much the same. Gigi doesn’t exactly hide what he does from Bibi, but is not exactly truthful, either; he claims to be in the import-export car business. When he off-handedly asks her father (Éric De Staercke) if he can marry her, her father generously says that he can see what she sees in him, “But you’ll have to quit lying… You either tell the truth, or you stop doing whatever it is that makes you lie.” When Bibi says to him, “I feel I don’t know you”, Gigi concedes, “I don’t even know why we do what we do. We’ve been doing it since we were kids. It’s fun. It’s exciting.”

Conscious that Bibi does not approve but unable to say no to his mates, he commits to one last job before he quits the gangster life; a meticulously-planned armoured van heist. But a policeman is killed, and an explosive device in one of the bags seriously injures one of Gigi’s associates. They are promptly apprehended; one of the women who hangs around the gang turns out to be an undercover cop. The game is up.

His co-accused get 15 years; Gigi gets the same, but with five years suspended, on account of his co-operation with the authorities. Bibi sticks by him. They try to conceive a baby in prison visits to keep them committed to each other over the long years of separation. On a day leave from prison, Bibi leaves him for a couple of hours; it’s a mistake. He has a morbid fear of dogs and a small dog snaps at his calf. He kicks it away and the owner flags down the police; rather than wait for the questions to be asked of him, he runs, and a manhunt is put in place. His parole is put at risk.

They try IVF. Bibi gets pregnant, then loses the baby, then agonisingly an aggressive, malignant ovarian tumour is discovered. Gigi deals with the news by trying several times to escape; fortunately, the prison director (Sam Louwyck) is understanding. He simply tells him to stop, and doesn’t bury him.

Bibi, though, has other ideas. Unbeknownst to Gigi, she manages to get in touch with some Albanian gangsters, and arranges for them to spring him from prison and whisk him away to Argentina (to which he had once suggested they escape)… but only if she dies. She does. Gigi is, of course, distraught; then badly beaten by other prisoners – the first step in getting him transferred, and then spirited away after an attack on the escort van which is not dissimilar to his own gang’s attack on the armoured van. Gigi is not all that keen on being sprung, but the Albanians don’t get paid until he is safely delivered to Buenos Aires…

I wish there were more prison to talk about. But it’s powerful enough without it; darkish and with many things that deliciously seem real and make not much sense at the same time – the attraction and commitment to each other, Bibi’s acceptance of Gigi’s criminality, Gigi’s capacity to self-sabotage, Bibi’s final gift. Their faithfulness.

Gripping and thoroughly enjoyable… but one that hardly rates on the prison movie scale. 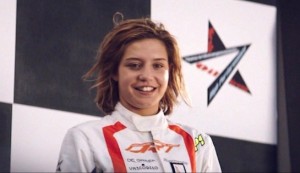 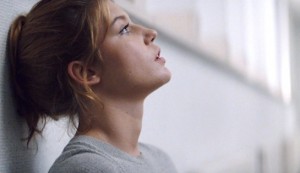 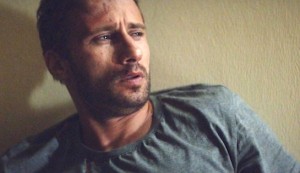 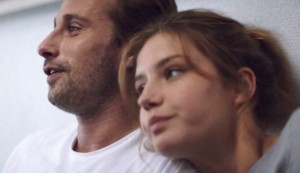 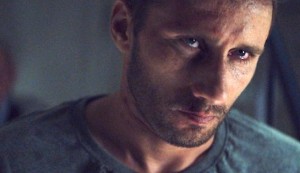 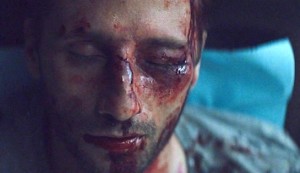