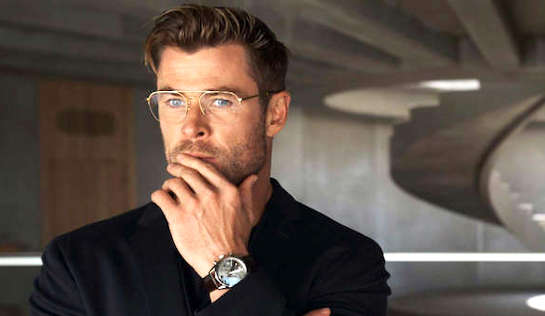 Fortress (1992) may have given us the intestinator, but Spiderhead gives us Darkenfloxx and all sorts of novel inmate-controlling options. It’s part sci-fi and, for prison buffs exclusively, part critique on privatisation (quite possibly without meaning to be).

The Spiderhead Penitentiary and Research Center is a modern facility that resembles a Big Brother set, accessible only by boat (or seaplane. Also jet ski, I guess, canoe, submarine… you get the picture). It is set in the future, one supposes, but it could just as easily be in the present. The penitentiary’s inmates have all happily extricated themselves from the State system by agreeing to be guinea pigs for a vaguely Mengelesque research project; they have a little box attached to their lower spine through which a range of experimental drugs can be dispensed, at various quantities, via a canny hand-held device.

The plus side for the prisoners is great food, space, members of the opposite sex, arcade games, no locks, and no guards. The downside is that they are guinea pigs with little boxes attached to their lower spines through which a range of experimental drugs are frequently administered.

The research is led by the super-smooth, smiling Steve Abnesti (Chris Hemsworth), who is assisted by the less smooth, less smiley and more conflicted Mark Verlaine (Mark Paguio). There would appear to be no other staff.  Between them, they remotely inject drugs that can immediately turn the subject eloquent (handy for explaining the effects of the drugs to the researchers), uninhibitedly lustful (catering nicely for the researchers’ voyeurism), giggly happy (very useful for companionship or a night out), or to see the world through rose-coloured glasses (not much benefit there, I’m afraid, for anyone). One drug makes the only prisoner to whom it would seem to be dispensed perpetually hungry. Oh, and then there’s Darkenfloxx, which makes the recipients highly agitated, paranoid, distressed and violent. Sensibly, there is no drug that turns subjects into champion long-distance swimmers.

The volunteer prisoners are an odd lot, but most seem guilt-ridden and/or to have caused a death or three by diverse means. Jeff (Miles Teller) was drunk at the wheel; Rogan (Nathan Jones) and Ray (Stephen Tongun) joined that club by more calculated acts. Jeff has a special, requited fondness for Lizzy (June Smollett), but both have secrets about what led them to Spiderhead.

Of course, not everything with the epidural entertainment program goes well; otherwise there would be no drama. Poor attention to detail is one cause; despite building a whole new experimental prison, convincing a government to allow you to take some of its prisoners out of circulation and conduct risky research with very dubious ethics (one imagines that such approval would cost a motza in donations to a political party), the precious little box attached to the lower spine is not designed to be bump-proof. Odd mishaps are found to have dire consequences, but are quickly shrugged off as useful scientific learnings.

Jeff seems to be the only prisoner not convinced of the value of scientific learning. Abnesti’s pressuring and manipulation of him in the face of initial resistance is not exactly subtle, but is considerably more interesting than prisoners in other prison movies being set upon on the warden’s instructions. Abnesti is charming, ostensibly committed to preventing future crime, and offers Jeff, who remains guilt-stricken and really doesn’t want to return to a normal jail, a form of friendship. But in due course Jeff (a little fortuitously, it must be said) gains some insights into the researcher’s operations (doing so without the aid of any drug named Insightron, what’s more), and finds it within himself to take a stand against taking part in more dangerous games. Hooray!

This is not a super-classy prison movie, but it puts up some creative sci-fi-ish ideas about the use of emotion- and behaviour-altering drugs in order to modify criminal behaviour, proffers some less novel ideas about Big Pharma (at a stretch) and using prisoners as guinea pigs, and might even ask the odd awkward question about the ethics of governments handing over control of any of their vulnerable prisoners to commercial enterprises. There are many worse prison films about. 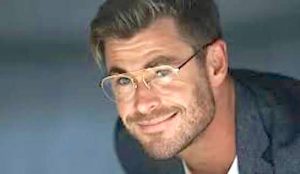 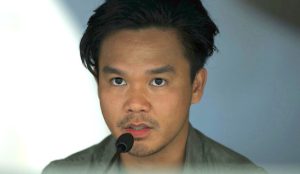 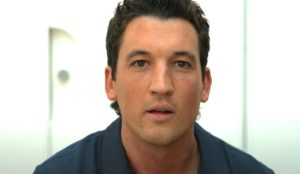 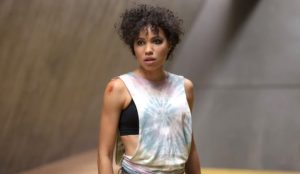 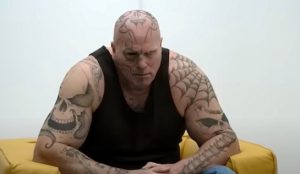 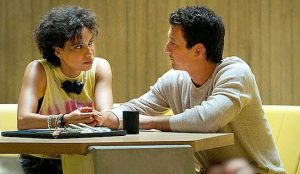 See it on Netflix.