So says Capt Mike Reyes (Hector Elizondo) to Lt Janet Alexander (Stella Stevens) in a last-gasp speech to get her to stay at San Quentin rather than take an offered desk job in Sacramento. And while this made-for-TV movie throws all of its weight behind those sentiments and the value of women in men’s prisons, Reyes has another motive; he is in a relationship with his lieutenant and is trying to guilt her into not leaving.

Films that focus on prison staff, rather than prisoners, are few and far between. This one starts off [as do Against the Wall (1993) and Celda 211 (2009), for example] from the perspective of a new recruit. Here it is the young, attractive Liz Larson (Amy Steel), who has to deal with lewd and grooming behaviours of the prisoners, the sexist attitudes of some of her fellow officers, and a large dose of self-doubt after being subjected to a humiliating prank and then being unable to pull the trigger of her firearm to break up a fight.

Along the way, and faltering a bit, she gets some helpful advice from a colleague, two-year veteran Carol Freeman (Debbie Allen), who recounts her own story of developing anger and hatred towards prisoners, and ultimately learning to be more accommodating: “Then I realised I was beginning to get to know them. The bad, the good, the freaks. And when you get to know them, you can understand them. And when that happens, you can cope.” Liz finds that helpful.

Sensibly, the focus on Liz then drifts away, and Janet’s story comes to the fore. She is in charge of the toughest block in the prison, briefs the Deputy DA on emerging gang issues, placates a prisoner who is holding a female guard hostage with a nasty shank (he releases her unharmed), and finally wades into a yard full of rioting prisoners and singlehandedly restores order. And decides that her biggest impact can be had by staying on at San Quentin rather than taking that cushy desk job as Special Advisor to the Attorney-General on corrections.

Women guards were first allowed to work with prisoners at San Quentin in 1973, so this suggests that in the ensuing decade they have become firmly established, even within the more senior ranks. That doesn’t quite explain why a number of the male officers act as though this is a new thing they are having to contend with. Aside from the soft skills expertise, the women are shown firing upon fighting prisoners and coercing gang leaders to become snitches. And breaking up riots.

San Quentin nonetheless remains a violent, unpredictable place – not at all tamed by the women’s calming influence. The Black Liberation Front and the Hispanic gangs are fighting for turf, the leader of the BLF has been killed in an ambush, and both sides are busy planning full-out attacks on the other. Tensions are high with everyone anticipating a riot, and all the prisoners are armed up to an extent that suggests a substantial deficiency in searching practice. And the female guards are in the thick of it.

This is not a rose-coloured-glasses view of women officers. Their collective relationship with their male counterparts is not altogether harmonious; one male guard muses that he is opposed to female staff but is worried that if he shows it they couldn’t be relied on to protect him. The female guards sometimes fail to follow procedure and make mistakes. The job takes its toll on them. The attraction of the Sacramento job for Janet is that not every decision she makes could mean someone’s life. “It’s too heavy,” she says. “It takes too much.” Carol’s boyfriend accuses her of carrying the job around with her 24/7. Marriages fail under the pressure.

But when it counts, of course, the women come through. Carol discovers when the riot is going to kick off, Liz holds her nerve on the gun rails, and Janet nervelessly defuses the riot while all the men stand back.

Filmed in part at San Quentin and the Colorado Territorial Correctional Facility, it’s a far more thoughtful, interesting, nicely observed and balanced, view of the role of female officers in a male prison than I had imagined a 1980s TV movie would be. Perhaps my expectations were dampened by the film’s dodgy title; it’s as if Shawshank Redemption were called Prisoner Escapes.

Importantly, at a time when women in men’s prisons was not nearly as common as it is today, it leant solid support for women in all sorts of operational roles. Bravo! 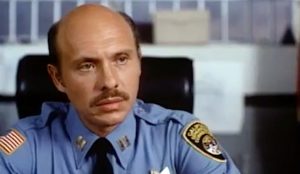 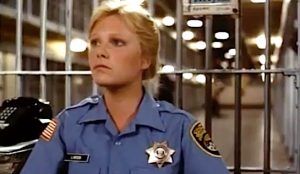 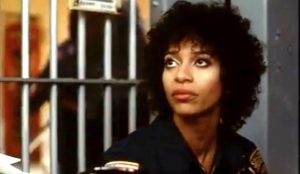 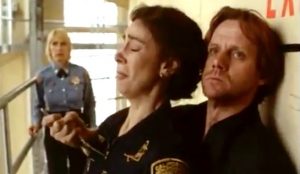 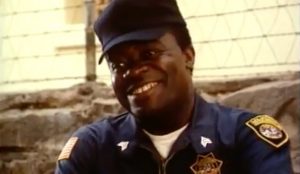 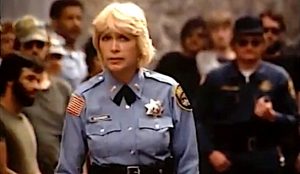