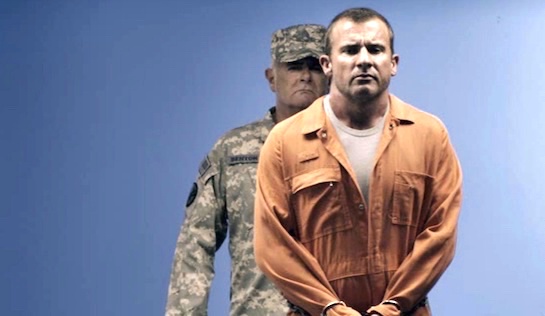 “Disgraced Navy SEAL Rick Tyler is sentenced to rot in a maximum security military prison until he is offered the opportunity to put his life on the line and win his freedom in a kill or be killed Reality TV show” is how this is marketed, often under its alternative title, Elimination Game. Once the action starts we see an image of the Neo-Alcatraz Military Prison to which Tyler had three years earlier been sentenced to rot (for life plus 1,000 years), but that’s it. No other prison bits.

Oh; we do see another prisoner – Olga Ruchenko, a Russian woman convicted of murdering 14 children and dubbed ‘Satan’s baby-sitter’. She was the previous and unsuccessful ‘contestant’ on the reality TV show, Turkey Shoot, in which criminals are challenged to reach a checkpoint in a given location without first being killed by four trained killers – one of whom, Ramrod (Robert Taylor), is a former SEAL who once served alongside Tyler (Dominic Purcell) on active duty.

The odds are admittedly a little stacked against the contestants; the hunters can simply wait for the hunted at the compulsory checkpoint and pick them off. They don’t even have to hunt. But to be fair, the unarmed contestants are also allowed to kill the variously armed killers who are pursuing them.

TV producer Meredith Baxter (Belinda McClory) is the power behind the show. She also has powerful connections, and is somehow able to secure the release of lots of these criminals so that Ramrod and others can slaughter them on live TV. The show, unsurprisingly, rates really well.

Like the other turkeys in the turkey shoot, Tyler attracts plenty of hate from the viewing public. He has, after all, been convicted of an appalling wartime massacre of women and children, of which he has no memory, as he too was shot in the head during the assault. Despite his head injury and the passage of time he remains an excellent soldier, and reaches Level 2 of the game after killing three of his four pursuers. To add to the degree of difficulty in that next level, eight heavily armed hunters – Ramrod, four Navy SEALs angry at the discredit Tyler has brought upon them, and three replacement international killers – all lie in wait for him.

Pure action tripe awaits. Under siege mid-Level 2, Tyler escapes, whisked away in a helicopter by a former love interest, Commander Jill Wilson (Viva Bianca), after the SEALs’ barrage of gunfire continually misses the target and (‘one round, one kill’) Ramrod inexplicably sprays his clear shots when firing upon him. And, because it would be a breach of the International Convention on Action Movies if a villain were to succeed when faced with insurmountable odds, it is belatedly confirmed that Tyler was framed over the massacre – because his commanding officer General Thatcher (Nicholas Hammond) wanted to wage a war. Go, Tyler!

Is it a remake or an update of the original Turkey Shoot (1982)? Neither, really, though some of the names, like Thatcher’s, have survived, as has the turkey shoot, and as have some of the actors 32 years on. And there’s a nice touch when the 1982 film is playing on a TV in Tyler’s motel room at one point.

The 2014 model might provide some snide commentary on the justification of the Iraq War (any war, for that matter) and some healthy disparagement of reality TV, but isn’t as overtly satirical as the first version. Indeed, it owes more to standard action fare and kill-death-row-prisoners-for-public-entertainment movies such as Deathrow Gameshow (1987) and Absolute Aggression (1996).

But unless you’ve never seen an action movie before, it’s not really worth the effort. 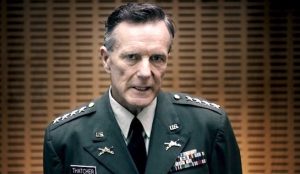 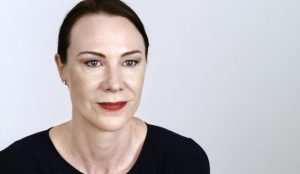 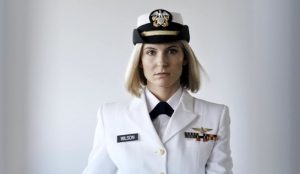 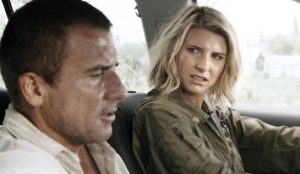 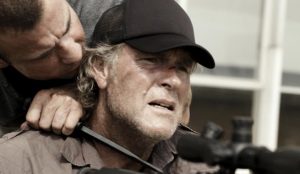 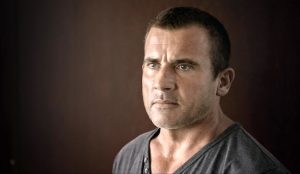