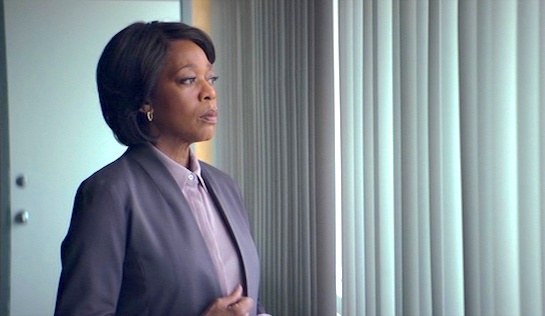 We are invited in to witness two executions by lethal injection. The first, of a prisoner named Victor Jiminez, goes horribly wrong. The paramedic can’t find a working vein, the cannula drops out, and the condemned man is horribly contorted in pain before he dies. It is excruciating.

The warden, Bernadine Williams (Alfre Woodard), has officiated at a dozen executions. But none like this one, and Jiminez and the compounding trauma is starting to take its toll. She drinks. She struggles to sleep, and has nightmares when she does. Her relationship with her husband, Jonathan (Wendell Pierce), is uncomfortably strained; the intimacy ebbing out of it.

And she has yet another contentious execution on her books. Anthony Woods (Aldis Hodge) has been in custody for 15 years for the murder of a policemen in an armed robbery. His passionate lawyer, Marty Lumetta (Richard Schiff), has given him hope that the sentence might not be carried out, but now Marty is cooked; he hasn’t got it in him to fight another battle like this one. Despite real doubts about Woods’ alleged role as the shooter, it seems certain that he will die.

Williams is a by-the-book warden, hiding behind protocol and procedure; to act with real compassion and discretion in dealing with the families and victims of those about to be executed, and the condemned men themselves, would open up all sorts of emotions that are much safer to keep closed down. She tells herself that she is just doing her job; that there is nothing else someone in her position can do. Indeed, she prides herself on managing the death row prisoners’ journey to death with respect and dignity, yet fails to see that despite calling him ‘Mr Woods’, the tick-box formality of her interactions with him, through his cell bars or while he is shackled, refuses to acknowledge the man, and denies him the dignity he is due.

I have on several occasions been critical of low budget prison movies that ask you to imagine a whole prison full of prisoners while showing no more than two or three. We see just two here of the 1,000 said to be in the prison, but it’s not because they can’t afford extras or because their two-room prison set will be exposed if they have to extend to spaces occupied by more than one prisoner at a time; some scenes were filmed at California’s Sybil Brand Institute for Women and it looks and feels like a prison. That the action is limited to Jiminez (very briefly) and Woods, and several key players, manages to maintain the intensity; to involve others would let the audience off the hook.

The performances are superb; Woodard’s in particular. Hodge, too, does a wonderful job playing a man coping with the tension of waiting for the Governor to decide whether he lives or dies, grasping at small things from the few people who actually see him. It is a monumental tragedy and a fine film. If it’s not the best death row movie, it’s right up there with the best. 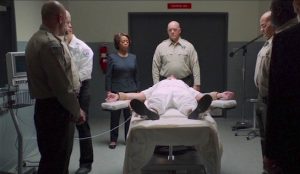 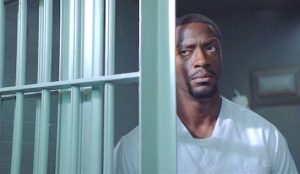 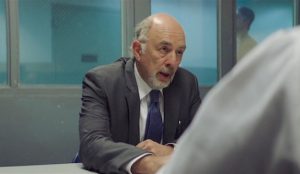 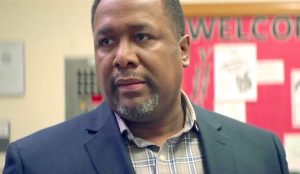 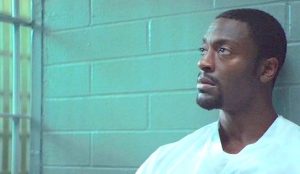 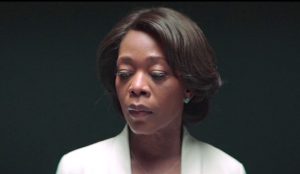