I’m not really interested in the nags, despite my great-grandfather having been a highly respected horse-breaker, and like Dr Paul Gendreau I’m a little sceptical of the direct impact that animal programs have on recidivism, no matter what amazing things they can do for the prison environment. But this evocative, beautifully shot film brings two old-fashioned occupations – horse-breaker and criminal – together in splendid fashion, and no-one really gives a toss whether there are fewer criminals in the world because some have learned to break horses.

Filmed at the now-closed Nevada State Prison and with the Carson Range providing a stunning backdrop, the movie is modelled on a real-life mustang rehabilitation program in Carson City – The Northern Nevada Correctional Center/Stewart Conservation Camp Saddle Horse and Burro Training Program – one of a handful of prison programs across several US States that take a number of wild mustangs each year, break them in and ready them for sale.

Here the shut-off, violent man about to benefit from close contact with an ungulate mammal is Roman Coleman (Matthias Schoenaerts, fresh from Racer and the Jailbird), a newcomer to this particular Nevada prison. He is already twelve-odd years into his sentence and a man who has been in isolation so long that he seems to have lost the capacity to articulate what he feels about anything. “I’m not good with people,” he concedes, unnecessarily.

Because he’s not good with people he’s put on the outdoor program, where he’s immediately attracted to one newly corralled, very untamed horse which rails loudly and wildly at his penned-up world, even though no-one is taking any notice. Roman clearly sees something of himself in the mustang.

He is tutored in horse-breaking basics by the boss of the program, old-timer Myles (beautifully played by Bruce Dern), and a fellow prisoner, Henry Cooper (Jason Mitchell). His aptitude for the job is soon tested, and he fails spectacularly at first; his temperament and built-up anger, frustration and tension disqualify him from doing anything other than shovelling manure. But his determination to join with the horse (which he names Marquis) in this foreign but shared quest to be more acceptable and less wild, eventually encourages Myles to give Roman another chance and entrust him with the job of breaking Marquis in.

Running parallel with this story is that of Roman’s strained relationship with his daughter Martha (Gideon Adlon), who visits him after a long period of no contact to get him to sign over his late mother’s house to her. She is young, pregnant and increasingly bitter that her father forced her, as a very young child, to care for her mother, whom Roman had left incapacitated after a brutal attack. And resentful, too, that for a time she blamed herself for not writing letters to the Parole Board that were of sufficient quality to have him released.

Those wounds run deep, but the emotional connection Roman feels for his wild mustang starts him looking, for the first time, at the hurt that he has caused her, and others; he opens up to Martha about it, also for the first time, and joins a violence treatment group to better understand it himself. Horse as healer.

For a story essentially about the transformative power of a relationship with a horse, one of its delights is that it stoutly resists the temptation to descend into mawkishness. “Some you can break… and some you can’t,” Myles tells Roman at the end, and despite the key message about all the redemption that the equine program can bring, one is acutely conscious that it applies not only to horses but to Roman’s and others’ chances of fitting back into society as well. 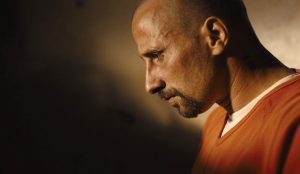 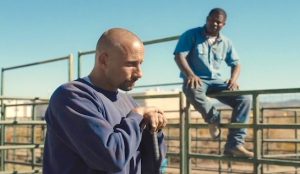 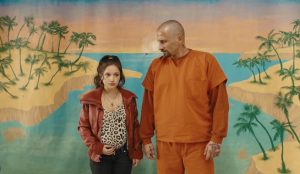 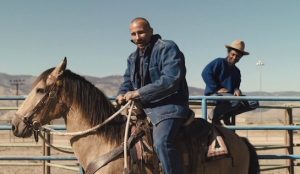 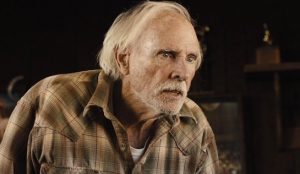 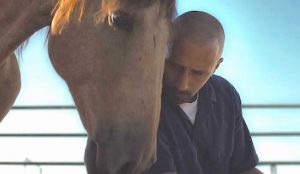